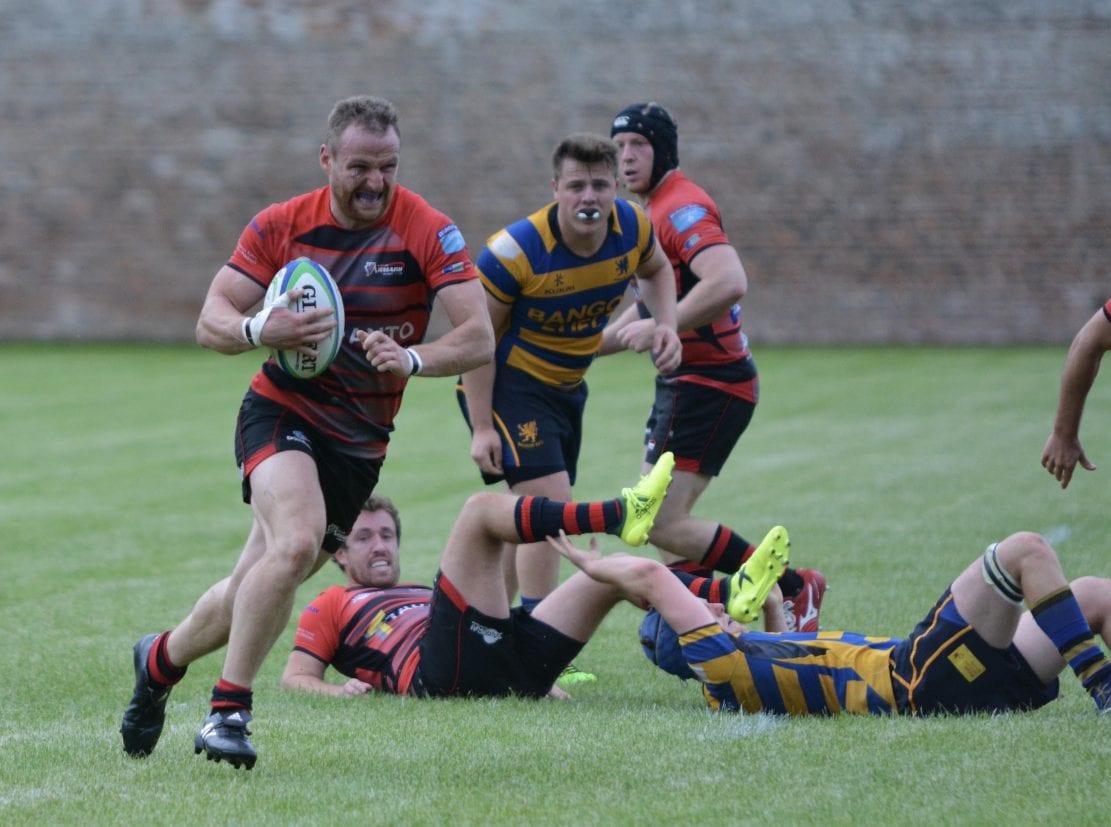 Saturday afternoon saw Armagh entertain Bangor in the opening round of The First Trust Senior Cup.

Having won the Cup for the first time last season in the club’s 143-year history the City side were keen to retain the coveted silverware.

The game kicked-off in ideal conditions with the Palace Grounds resplendent in the bright sunshine. Within three minutes play Armagh’s flanker, Gareth McNeice touched down in the right corner, Harry Boyd’s conversion, however, went just wide of the posts to leave the score at 5-0.

Three more tries followed in quick succession from Andrew Winder, Andrew Willis, Gerard Treanor. Two of these were converted to put the score to 24-0 after 21 minutes play.

Bangor responded in the 26th minute with a try from left winger, Declan Maguire, who also converted to open the visitor’s score at 24-7. Within a further five minutes play Armagh replied when hooker, Johnny Morton, scored at the posts.

Harry Boyd’s conversion opened the sore out to 31-7.

Just before half-time Bangor scored an opportune try when their flanker, James Stewart, grabbed an interception and touched down in Armagh’s left corner. Declan Maguire’s conversion brought the score to 31-14 at the break.

The second half saw home tries from Andrew Willis Chris Cousins and Harry Doyle. Two of these wer converted to put the final score at 50-14.

The Armagh coaching team nominated Gareth McNeice as Man of The Match following his devastating breaks and dogged defensive work.

Next Saturday’s fixture against Malone at The Palace Grounds in The SONI Premier League will, no doubt, prove to be a stiff challenge. Armagh’s squad returning to strength following holidays promises to make this game an entertaining fixture.

Don’t forget to make a note in your diary that Dr.Rory Best OBE will host a festival of Mini Rugby at The Palace Grounds next Saturday morning from 10am.

The festival will see mini teams made up from primary 5,6 & 7 from across the Borough. Mini teams from Banbridge, Dromore, Lurgan, Portadown, & Dungannon clubs will join with Armagh minis in the event.

Portadown Panthers will play an exhibition match at 10am. Rory will be available to meet the public just after the competition.