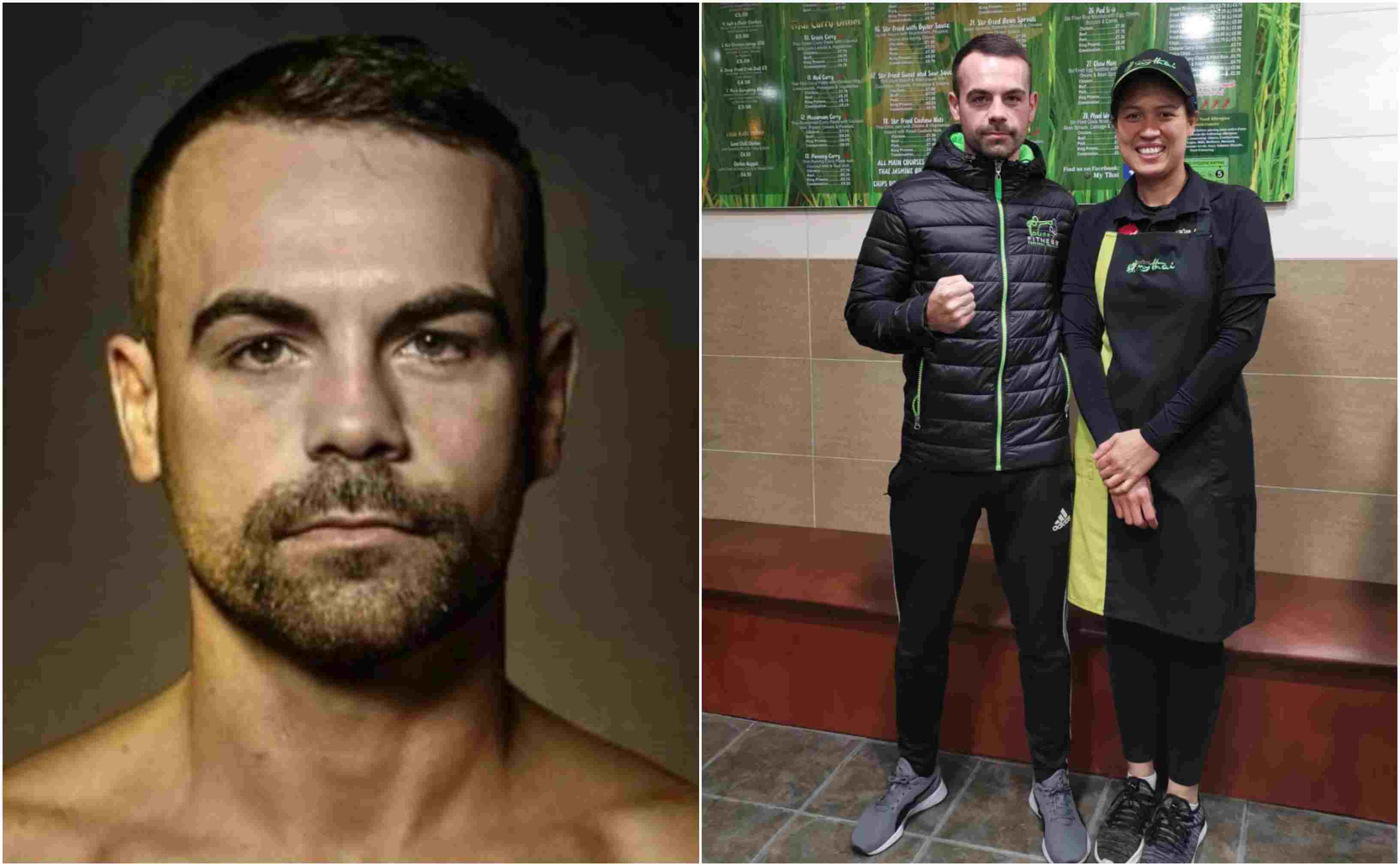 Armagh boxer Sean Duffy may only be new to the professional scene but already has his eyes firmly on the the future.

The former Keady amateur will be aiming to make it three from three against Edwin Tellez at the Ulster Hall tonight (Friday), and with a fourth fight likely to take place before the end of the year, the bigger fights lie just around the corner.

“Right now, it’s about the experience and getting the feel of life as a professional,” Duffy told Armagh I.

“My first two fights have been exactly that and there’ll be a few more, but for me, I want to entertain along the way too.

“There’s no point sailing through these early fights; I want to showcase everything I have been working on and getting people excited to watch me progress.”

The Commonwealth Games medallist is likely to have a fourth fight before Christmas – marking a busy first year on the pro-scene.

“I would be hoping maybe to have 6-7 fights before I’m thrown into the bigger fights – ideally we’ll be looking at the British title, and that could be towards the end of next year, if things go to plan.”

The 28-year-old chalked up his second win on the Feile show in Belfast in August – an event he said was surreal to be part of.

“The atmosphere on the night was unbelievable but the whole event that week was another level,” he recalled.

Legendary boxing promoter Bob Arum was in Belfast with his charge Michael Conlan all week and Duffy admits it was an honour to be in such esteemed company.

“Even the weigh-in was special. You’d be on the scales with Bob Arum just watching on. He’s boxing royalty right there so I knew it was a big occasion and was grateful to be a part of that.

He added: “To be in those sort of events is what I am aiming to do more of and with some hard work, that will hopefully be sooner rather than later.”

The Armagh man is currently operating at lightweight under the tutelage of Harry Hawkins but admits he will come down to super-featherweight – dropping three kilos – for the major fights down the line.

Weight hasn’t been an issue for Duffy who, when away from training camp in Belfast, operates his own gym in Armagh.

And as for dieting, he still enjoys a regular takeaway.

“Weight isn’t an issue for me really and I will be dropping down a weight-class again in the future and that won’t be too much of a problem as I’m always in shape because of my job as a personal trainer.

“I don’t tend to balloon up between fights and the way I eat is important too.

“I would get many of my meals prepared by My Thai in Armagh (pictured below) – it might be a takeaway but the food is brilliant. I started chatting to Dea who runs the place and she prepares the food for me. 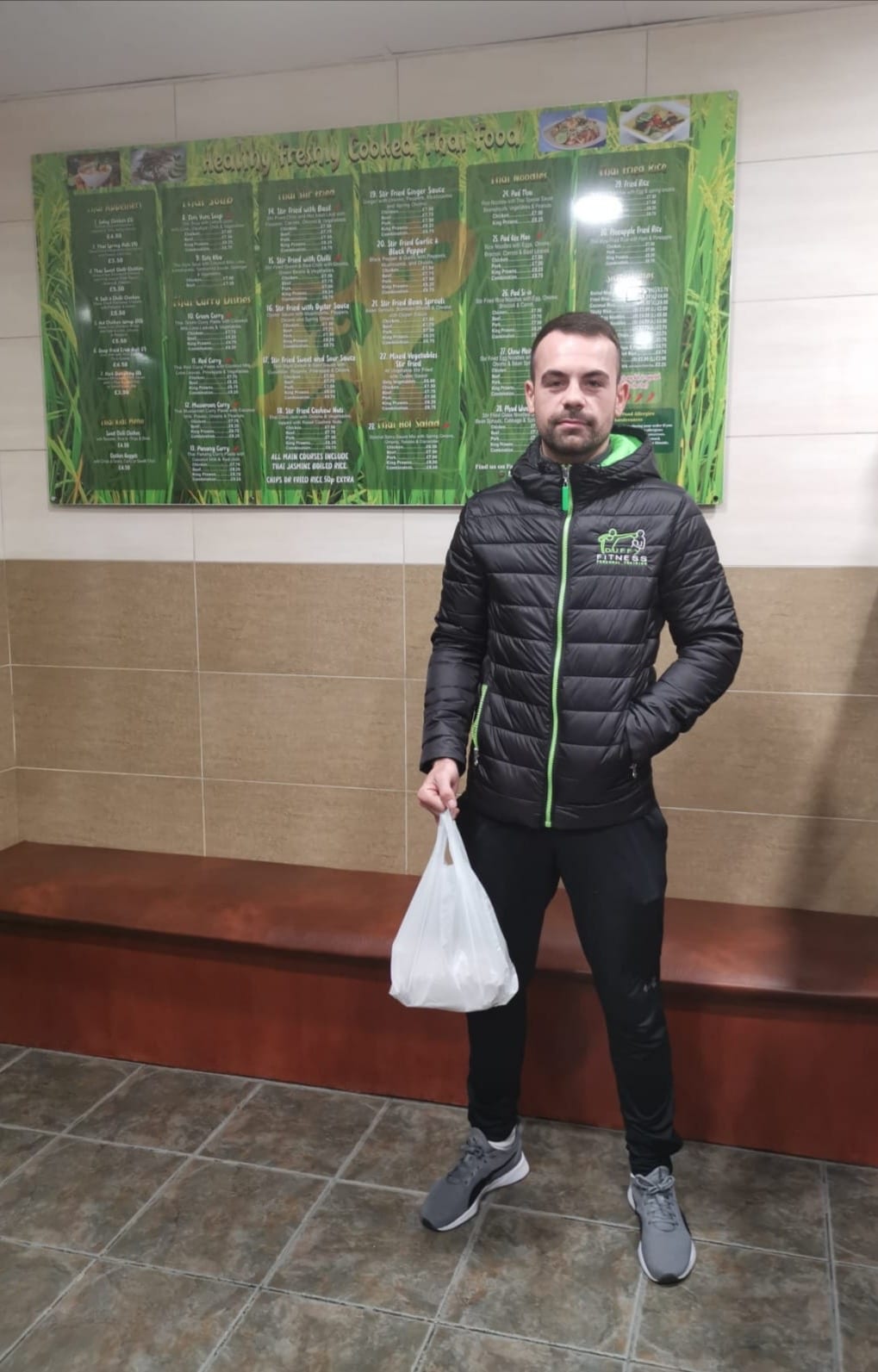 “It isn’t cooked with any rubbish and it’s all fresh and lean. The protein element of it has really changed the way I train and recover.

“Since I started looking at the food element and eating the Thai meals, I have felt stronger, and that has reflected in sparring – it’s becoming more and more difficult to get good sparring partners as I have caused some damage. My lad left with a broken nose ahead of his own fight.

“Even from Thursday’s weigh-in I look a lot healthier. I feel bigger but I’m not carrying extra weight which is exactly what I needed.”

Duffy says preparation is the key to success and for him, eating and training right will only give him the results he wants.

You can watch his third fight live on IFL TV this evening.