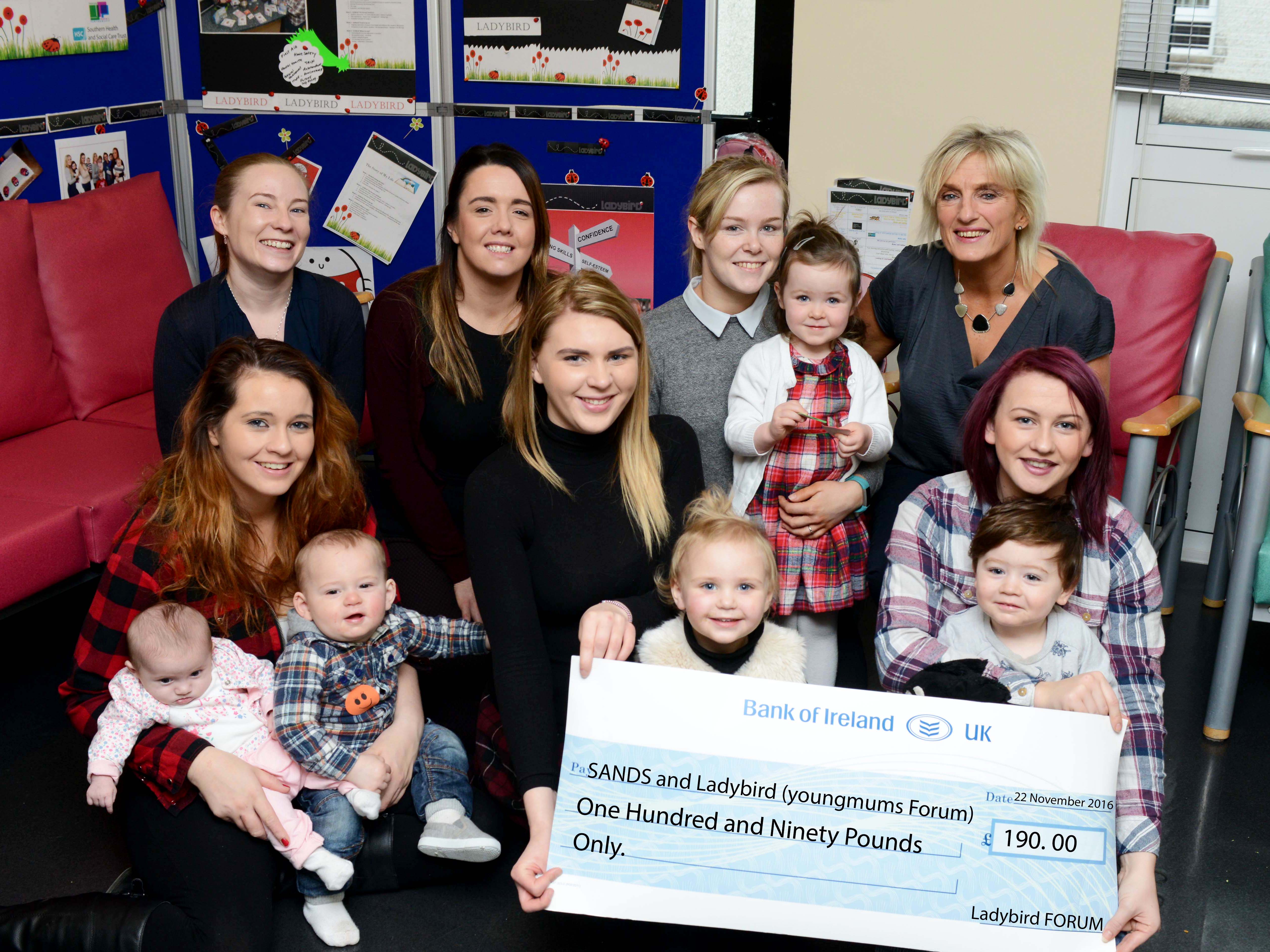 The Southern Trust’s Ladybird Group have hosted a cake sale to help raise funds for the group’s activities and £80 was donated to SANDS – the Still Birth and Neonatal Death – charity.

The Ladybird Forum is a programme for young mums which aims to improve participants’ confidence and build their self-esteem, both as young women and as parents.

Many topics are covered within the Forum, including safety in the home, basic first aid, relationships, and mental health and wellbeing.

The Trust continually looks at unique and beneficial projects and challenges that will help build new skills and increase the confidence of the young mums.

Speaking on the day, Imelda Fearon, Senior Social Work Practitioner within the Southern Trust, said: “It’s important to hold an event like this to help support the Ladybird Group’s continued activities and as a social outlet.

“Being a parent is of course so rewarding but as all of us mums and dads know it isn’t always easy.

“Each of the girls are enjoying and benefiting from the opportunity to have time out and be with others in a similar situation to themselves, and it’s important that we can continue to provide a high quality service for them.

“We are extremely proud of our young mums and the efforts they have made today, and we would like to thank everybody for their kind donations – which have also allowed us to offer funds to the Still Birth and Neonatal Death Charity (SANDS).”

For further information on the Ladybird Group please phone 028 3839 1155 or email: imelda.fearon@southerntrust.hscni.net