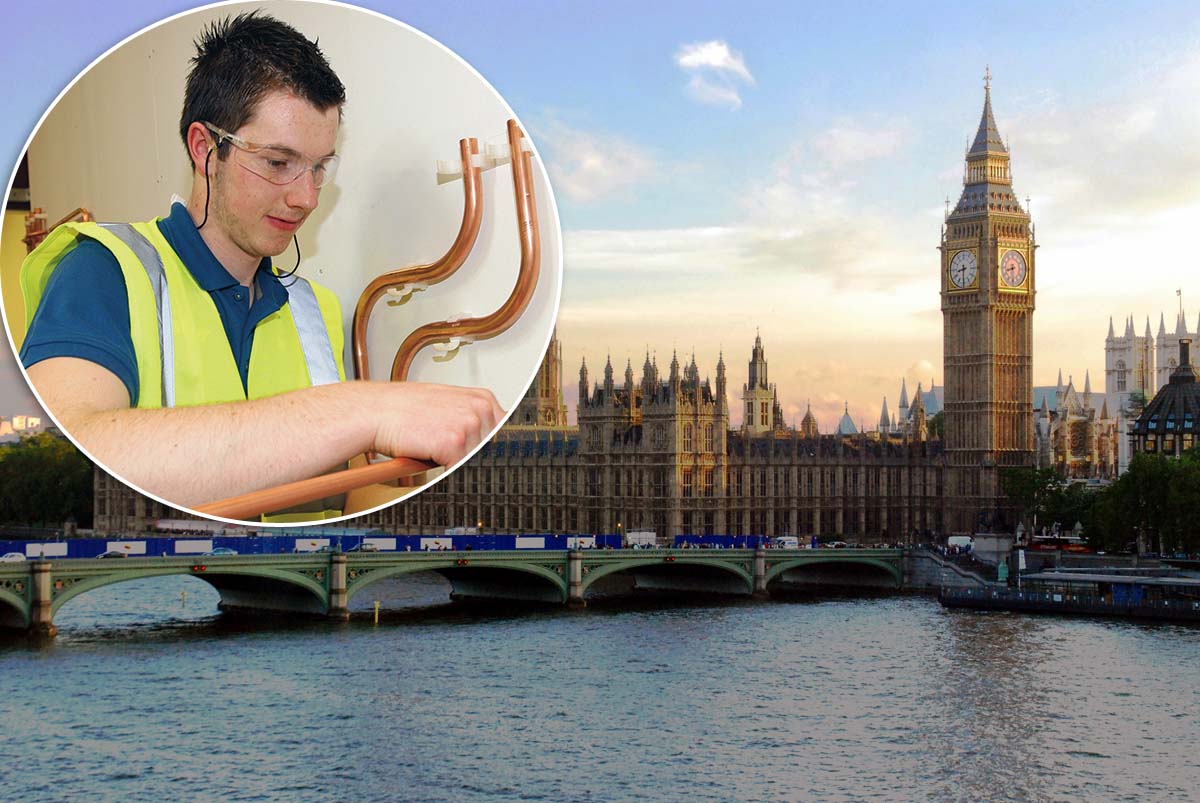 An Armagh student – officially recognised as the ‘world’s best plumber’ – has been hailed at Westminster as an example of what young people here can achieve.

Gary Doyle was one of more than 1,000 of the world’s most talented students to compete at the WorldSkills competition in Brazil last August.

And Gary, a student at the Southern Regional College in Armagh, was the only one from Northern Ireland to bring back a gold medal from what is the largest international skills competition in the world.

The plumber extraordinaire, from County Down, was described at Westminster as someone who had “something special”.

His success was raised during a debate on the Northern Ireland economy by Upper Bann DUP MP David Simpson.

He said that more must be done to help address the lack of skilled tradesmen here.

And Mr Simpson said action also needed to be taken to stop the ‘brain drain’ with more competitive salaries.

The local MP said Northern Ireland’s manufacturing sector had been one of the worst hit, but the 30% cap on manufacturing rates “has made a big difference”.

He told the House: “The latest figures show that companies may now be prepared to pay for new recruits and to invest in new staff. That may go some way to encouraging young people to embark upon apprenticeships, especially plumbers, electricians, bricklayers and other such areas in the construction sector.

“There remains a concerning lack of skilled tradesmen throughout Northern Ireland. Last year it was reported that the construction industry was paying grossly over the odds, as they had to bring recruits in from other countries to ensure that they met their completion dates.”

Mr Simpson agreed with his DUP colleague Sammy Wilson who said it was “important that Northern Ireland, like other regions of the United Kingdom, gets its fair share of the money raised through the apprenticeship levy”.

It was, according to Mr Wilson, “an issue that needs to be addressed by the Treasury and also the Northern Ireland Executive”.

Mr Simpson said it was important that Northern Ireland gets its “fair share of that in order to push this forward”.

It was then that he homed in on the successes of student Gary Doyle.

He told the House: “I recently visited my local training centre in the Craigavon area. I have visited it many times, and in recent times it hosted a regional skills competition. I spoke to one of the instructors there, who told me of one young man who came to him—I think it was three years ago—as a trainee plumber.

“The instructor knew when he saw the young man working that he had something special. That young fellow lives in a village called Katesbridge outside Banbridge.

“For a young man like that who has come in and developed a skill, the world is his oyster. He can do whatever he likes and demand his price. That is what we want to see: more young people getting into those skills, including the basic skills.

“It has to be realised that, while parents want all their children to be Einsteins, brain surgeons, dentists, GPs and so on, that is not going to happen, but there is still a lot of money to be earned with those skills, which we lost during the economic crisis.”

The Upper Bann representative also raised the importance of recognising the achievements of young people, whose academic results are the best in the UK.

Said Mr Simpson: “Students and young people play a pivotal role in the Northern Ireland economy. Their input is not given enough focus, and the skills and expertise they are achieving needs to be given the accreditation it deserves.

“Northern Ireland is the only region of the UK that has increased salaries for new jobs in the past year. However, new salaries in Northern Ireland remain lower than the UK average of £33,815, so there is still some work to be done.

“We need to stop haemorrhaging our trained professional to other countries, which can offer better rates of pay. It is a vicious circle that we are in: while better pay is available in other countries, it encourages our young people to go to them and perhaps not return—if they are going for educational purposes or to learn skills or whatever and returning, that would be a different story.

“We need to improve our rates. The only way we can do that is to encourage the private sector to invest in Northern Ireland and to reduce the public sector.

“That is something that we are trying to achieve, and it has been achieved somewhat, but again there is still some way to go.”