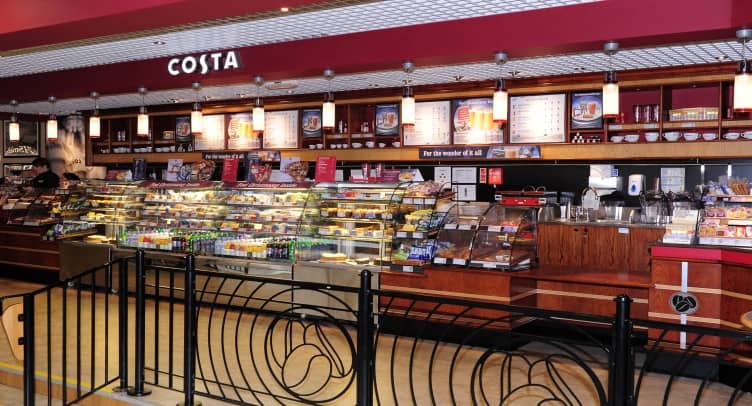 Work on a new Costa Coffee outlet at the Spires Retail Park is due to begin in January, Armagh I can exclusively reveal.

And the company responsible for managing the site is also to look at the possibility of providing toilets at the park, just off the main Moy Road, which would be in addition to those which will be available to customers at the new development.

Armagh I first revealed that a planning application had been lodged for the development back in June and there was a huge response from our followers on both Facebook and Twitter.

It is for a “restaurant/coffee pod with associated access and site works, including reconfiguration of existing car park”.

Last month we reported that the application was to be approved and tonight, Monday, it is being given that final seal of approval at a meeting between Armagh City and District Council and DoE Planning Service.

Armagh Lord MayorRafferty said she and Sinn Fein colleague Cllr Garath Keating had contacted the management, Colliers, as far back as last year and have been in regular contact with them.

Lord Mayor Rafferty gave a cautious welcome, saying she hoped that the toilets would not just be for ‘customers only’, and they have asked council officers to contact the developers in relation to this.

“We have received complaints over the lack of toilet provision at Spires and have been lobbying for toilets for years. I am not suggesting for one minute that Costa Coffee will not let people use their toilets, but we do see signs like this everywhere,” she added.

Local SDLP Councillor Thomas O’Hanlon told Armagh I he had been speaking with the agent and management company responsible over recent weeks.

“The good news is that toilet facilities will be included in the development and that work will commence on site early in the New Year,” he said.

“There has been much speculation as to the proposed tenant and it has been confirmed that a Costa Coffee shop will open as soon as the construction works are complete.

“This is welcome news and will not only complement the existing shops at Spires, but will also complement the range of local independent coffee shops throughout Armagh.

“As part of the approved plans there will be toilet facilities, including a disabled toilet, as part of the development, and this is a very much needed facility at Spires.

“The lack of toilet facilities for the public at Spires has been a long running saga and has been discussed many times in council as shoppers have approached us as elected representatives.”

He said he was “astonished” that, when he contacted the company responsible for managing the site, they were unaware of the huge debate locally about the lack of toilet provision and were “willing to review this issue”.

Councillor O’Hanlon said he had now asked that council officials engage with the company and establish if further toilet units can be provided on the site, in addition to those which would be included in the new coffee shop.

Costa Coffee is the second largest coffeehouse chain in the world next to Starbucks and the development in Armagh will see a newly-built 2,000 sq ft outlet constructed.