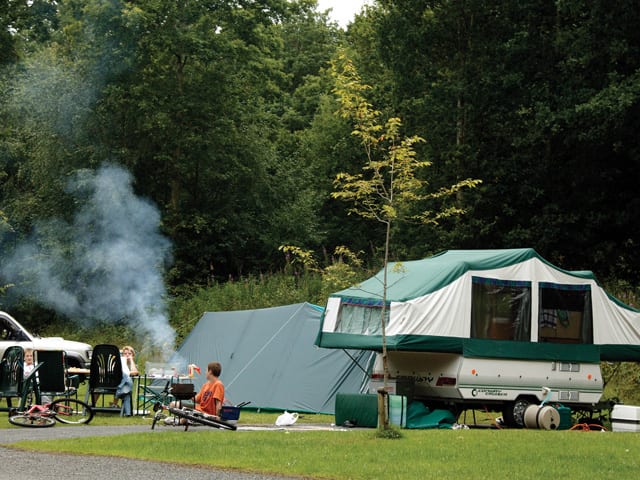 Work has started this week on the long-awaited and overdue state-of-the-art play park at Gosford Forest Park.

Construction of the facility got underway on Monday and comes after long and drawn out negotiations between the former Armagh City and District Council and the Department of Agriculture and Rural Development’s Forestry Service.

Funding for the scheme had been agreed and a memorandum of understanding was finally signed before the old Armagh Council was finally wound up.

There had long been calls for the work to proceed but one of the key arguments was over who was going to be responsible for the day to day maintenance of the new facility.

With the prospect of the rare breeds being removed from the Forest Park, a location for the global TV hit ‘Game of Thrones’, there had been concerns that Gosford was not offering enough to warrant the cover charge and to compete as a visitor attraction.

It is hoped that the new play park will help bring even more people to Gosford, which is the venue for the annual County Armagh Agricultural Show.

External funding had been sourced for the work but it was feared this could be lost unless agreement was reached.

Now that the contractor is on site, it is expected that the play park will be completed within the next couple of months.

And just yesterday, councillor Sharon Haughey tweeted this picture, marking the official opening of the play park in Mountnorris.

Cuan Mhuire addiction centre up for top award in London