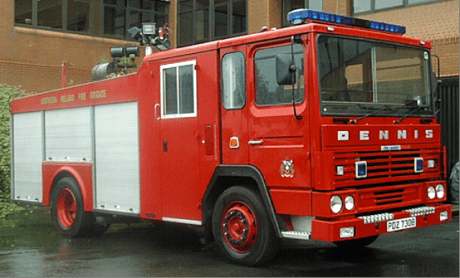 A pensioner has died in a house fire in Lurgan, Co Armagh, today, it has been confirmed.

The 73-year-old woman had been in a two-storey mid-terrace property at Lurgan Tarry and the NI Fire and Rescue Service was called to the scene shortly before noon.

Two appliances from Lurgan Fire Station and one from Portadown attended.

A NIFRS spokesperson said: “Firefighters wearing breathing apparatus quickly entered the property and found a lady in her 70s in the living room.

“Sadly the lady was pronounced dead at the scene.

“Firefighters dealt with a small fire in the living room. Early indications would suggest the fire was accidental.

“The smoke alarms in the property had activated and alerted care workers arriving at the property and they raised the alarm.

“I think it’s fair to say the incident has shocked the entire community,” he said.

“The thoughts and sympathies of us all are with Mrs Campbell’s family, friends and neighbours, at this difficult time.”

Councillor tells of community shock at vehicles arson in Laurelvale