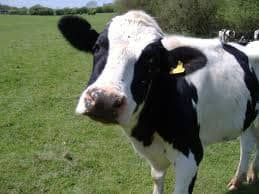 A new labeling system that will allow for cattle to be traded across the island of Ireland without occurring a penalty has been introduced.

The move has been welcomed by Sinn Féin MLA Cathal Boylan, who said: “Irish beef is renowned across the world for its quality and this new labelling, while allowing the free movement of cattle, will also maintain the traceability and quality of our livestock.

“The problem arose when cattle reared in the South were brought North for slaughter and incurred a penalty of £150 due to labeling issues.  These cattle became known as ‘nomad’ and created problems for farming markets and farmers alike.”

Newry & Mourne Councillor Terry Hearty, commenting on the news, stated: “I welcome the introduction of new labeling that will allow the transfer of cattle across Ireland without occurring a penalty.

“All-Ireland farm markets have always been in existence for generations and this new labeling will allow us to return to that position where farmers can deal on an equal basis for cattle.”

Both Sinn Féin representatives commennded the hard work of the Agriculture Minister Michelle O’Neill,  MEPs and Sinn Féin TD Martin Ferris, who they said rallied the farmers, retailers and processors to come up with a practical solution.