Watch: Is this a fireball shooting across the Armagh skyline? 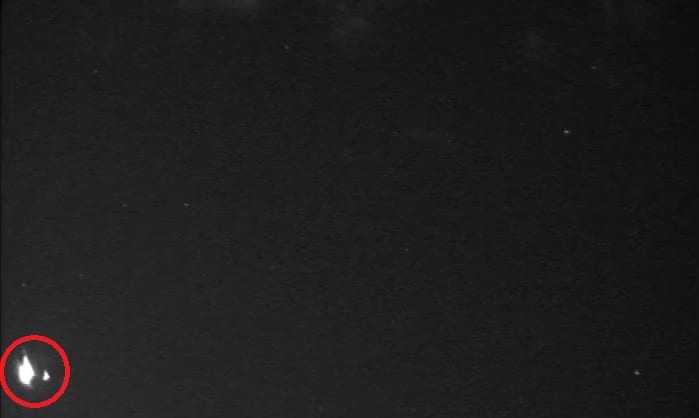 There has been more than 50 public reports relating to a supposed fireball shooting across the skyline earlier this week.

The UK Meteor Network said the fireball was spotted on April 26 at 10:10pm.

First image is from Graham Roche and it looks like a very large fireball, could be around -10 magnitude or even brighter.

Sean murphy commented: “I spotted the fireball in Crossgar Co.Down Northern Ireland. It was huge and moved at a slow pace. What was the cause of this? What was it? Where did it fall to?”

A Mr Hector also said: “I thought I was seeing things but it was fire ball heading from Bradford towards Keighley. There has been no mention in the news and yet this thing was spectacular.”