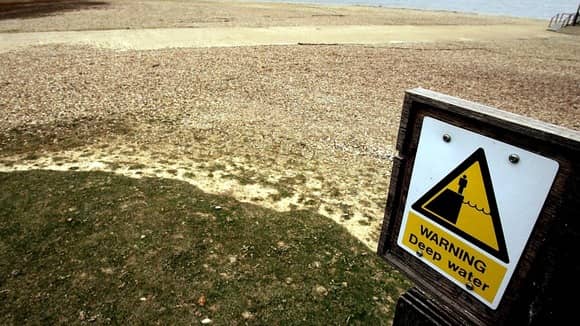 Police in Armagh are advising parents in the local area to warn their children about the dangers of playing in quarries.

The warning follows an incident where a number of youths were found in a quarry on Battlehill Road, Richhill on Wednesday, 18 June. Officers attended and the young people were removed from the site and given advice on the dangers of entering disused quarries.

Mr O’Hare had been swimming and got in difficulty before Mr Poland attempted to save him.

At the time ex-Environment Minister Alex Attwood wanted councils in Northern Ireland to consider putting dark dye in water-filled quarries to discourage people from swimming in them.

Sergeant Wendy Walker, E District Community Safety, explained: “Over the past number of years we have warned the local community about the dangers of ‘hanging out’, playing or swimming in quarries however it appears that our message is not getting through.

“We cannot stress enough how dangerous this activity is. Not only are those who illegally enter these areas breaking the law through incidents of trespass and criminal damage but they are also putting themselves at risk.

“Quarries are extremely dangerous sites with any number of hazards present. You should not be on the grounds of a quarry unless properly educated and equipped to deal with the dangers.”

Sergeant Walker continued: “I am asking parents to sit down and talk to their children to make them aware of the dangers and also to take the time to make sure you know where your children are and that, ultimately, they are safe.

“There is also an onus on quarry owners to ensure their sites are secure and display the proper signage in relation to trespassing.”