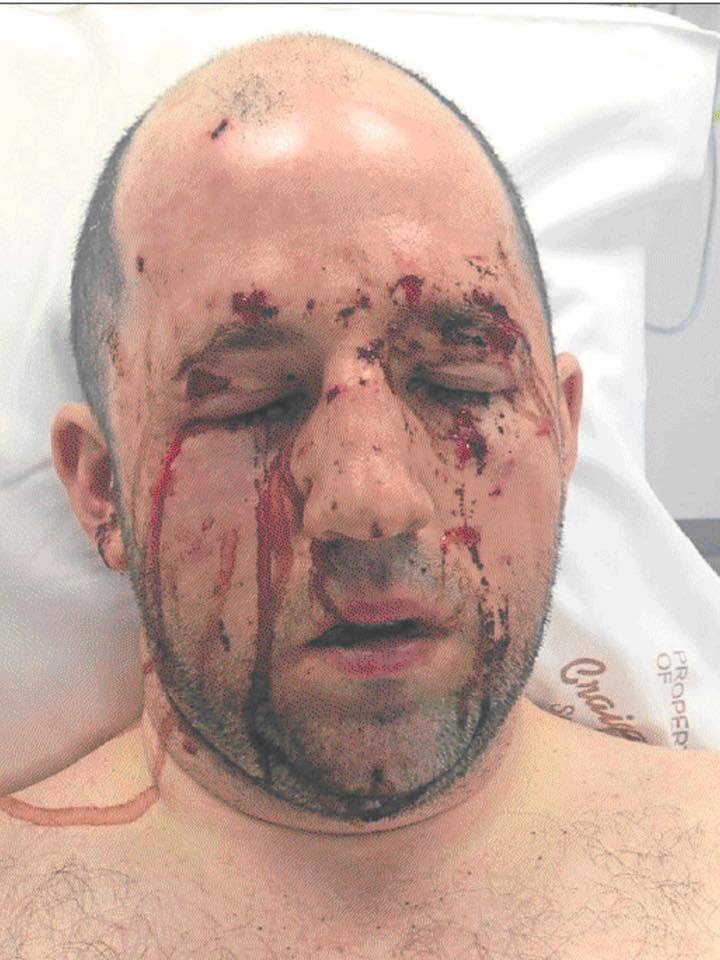 This is the aftermath of injuries suffered by Francis McCabe following the explosion of a booby trap bomb in south Armagh on Wednesday.

Mr McCabe, 31, received eye, face, chest and hand injuries in the incident and remains in a stable condition at Belfast’s Royal Victoria Hospital.

It is believed Mr McCabe was on his way to work when he got out of his car to remove an inflammatory poster outside the family home in Crossmaglen.

Police said the device, which detonated close to the victim was a pipe bomb.

Meanwhile, detectives from Serious Crime Branch are appealing for information

Shortly after 5.15am on Wednesday morning, a 31 year old man sustained injuries following the explosion of a pipe bomb type device.

Detectives are keen to hear from anyone who noticed any activity on Blaney Road between Tuesday evening, 24 February and Wednesday morning. They are particularly keen to hear from anyone who may have witnessed a poster being erected in the area. Detectives in Serious Crime Branch can be contacted by phoning 101.

Newry and Mourne Area Commander, Chief Inspector Davy Beck added: “I would like to thank the public for their support during the initial stages of this investigation. I would also like to remind the public that if they notice any suspicious objects in their local area, do not touch them but contact us immediately on 101, or 999 in an emergency.

“It is vital that suspicious or criminal activity is reported to us at the earliest opportunity so that we can take full advantage of evidential and investigative opportunities and keep the community safe.”