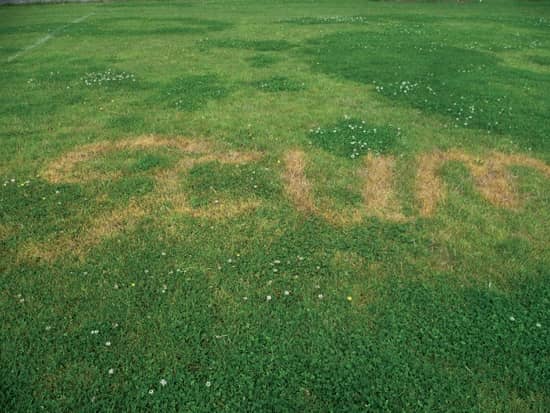 The PSNI is investigating a shocking and disturbing act of vandalism at the home of former All-Ireland club football kingpins, Crossmaglen Rangers.

Members of the south Armagh club have been left disgusted and distraught after weed killer was sprayed on the pitch at St. Oliver Plunkett’s Park, defacing its surface with offensive language and graffiti.
As the photo shows, the word ‘scum’ can be clearly seen.
Crossmaglen, whose property was occupied by the British Army until 2007, believe the vandalism was carried out on the night of Monday, July 29, with the effects of the weed killer having only become apparent in recent days.
In an interview with The Examiner newspaper, club PRO Tom McKay was at a loss to explain who would carry out such a mindless act.
“As far as the club is aware, we don’t have any enemies,” he told the local newspaper.
“Our facilities and amenities have always been made available to the wider community. If anyone in the community is aware of who has perpetrated this act, they should speak to some member of the committee and we would be prepared to speak to the person who seems to have a grievance against the club.”
He added: “It is a Prunty pitch and is regarded as one of the top pitches in Northern Ireland for playing football and hurling on. It cost a lot to do this work initially.
“We have been in touch with the contractor who originally installed the pitch to see what remedial action we will have to take. It will cost a lot of money to repair.”