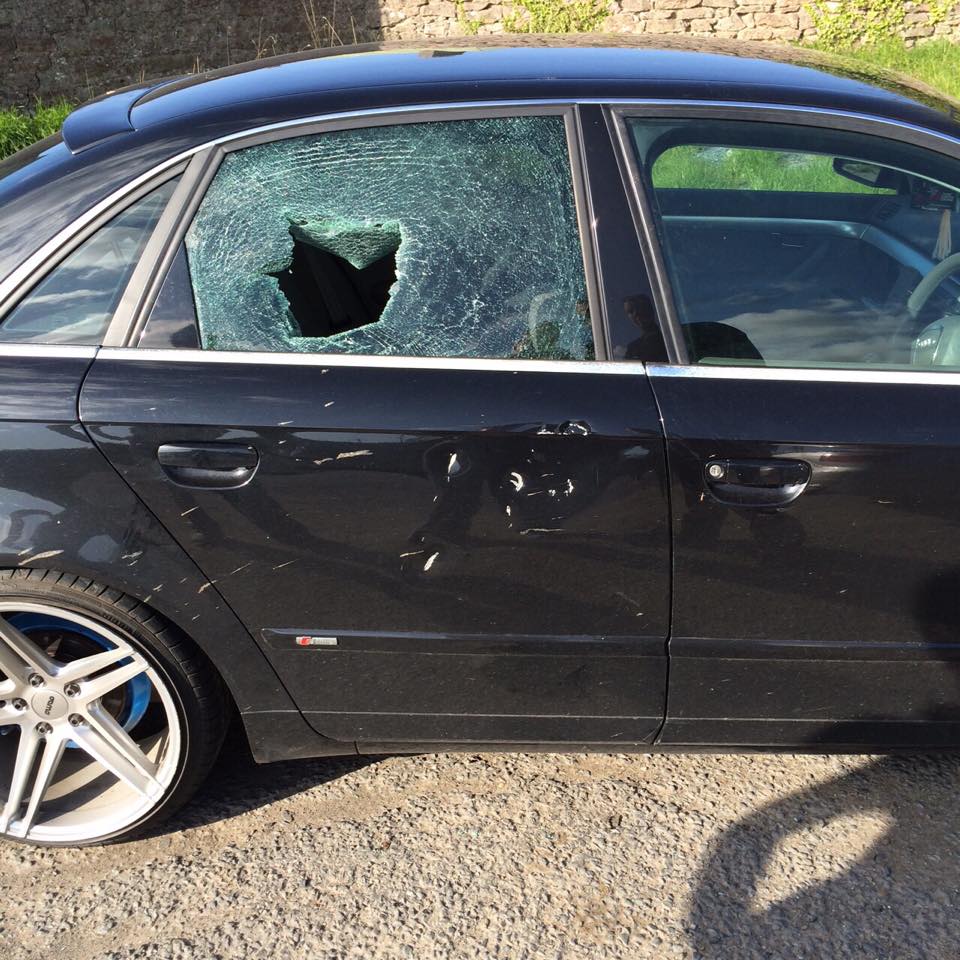 The photographs here once again show the complete disregard some people have for other people’s property.

After taking a flat tyre along the Newtownhamilton Road, a local woman pulled into a layby and went to see about a spare.

And, when she returned, it had taken less than an hour for some mindless thugs to cause hundreds of pounds worth of damage – smashed window, scraped and dented bodywork.

The motorist has contacted Armagh I in the hope that someone will have seen something and can provide information that will help catch the culprits. She had been travelling towards Ballymacnab and had pulled in beside the power station when she realised the tyre was flat.

The damage was caused sometime between 5pm and 6pm this evening at what would obviously be a peak time for traffic so it is hoped that some passing drivers will have seen those responsible at work.

The incident has been reported to police who were interviewing neighbours in the area.

If anyone saw anything, please contact the PSNI in Armagh using the non-emergency number 101.

This evening’s attack comes just days after another car was broken into in the area.

Sometime between 11pm on Sunday night, and 9am on Monday, May 11, a blue Peugeot parked at the back of a house on the Newtownhamilton Road, just outside Armagh, was also targeted. On this occasion the car was broken into, entered through the boot, with a bag, containing cash and documentation, being taken.

Police are also appealing for information on that break-in.