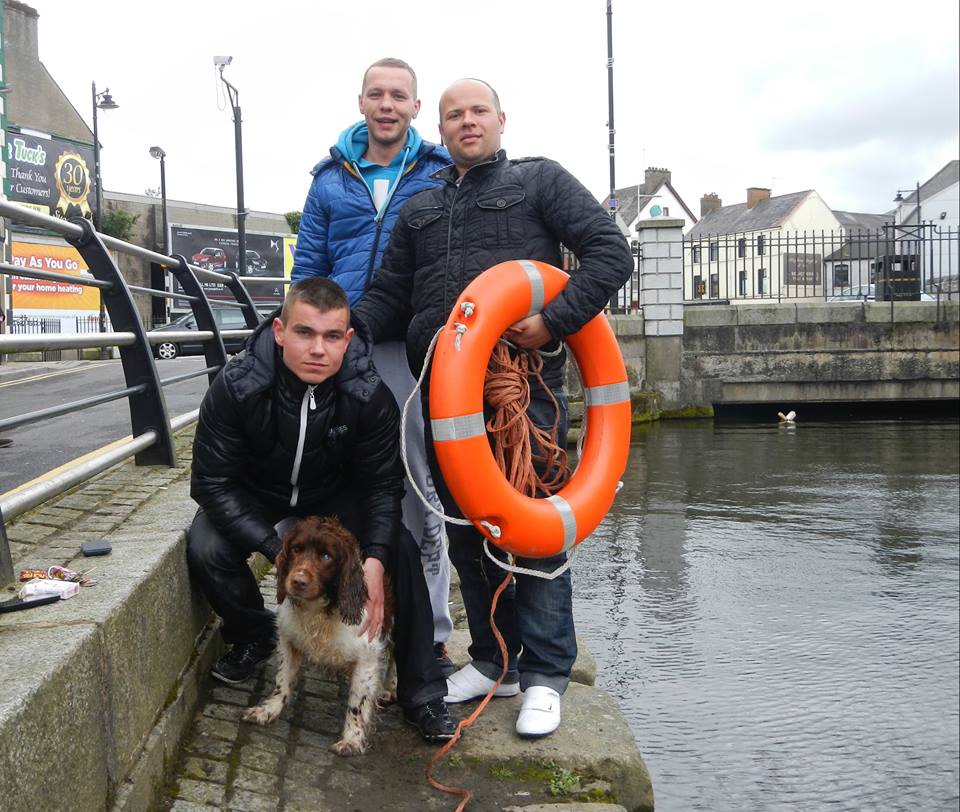 Three quick-thinking friends sprang into action after they spotted a dog on the verge of drowning in Newry Canal this morning.

Danielius Praninskas, Andrius Kepezinskas and Andrius Ungeris saw the Springer Spaniel in real difficulty in the at Sugar House Quay.

The USPCA has thanked the three for their actions and said a huge well done!

It is not known how or where the dog entered the canal but, according to the animal welfare charity, it was clear that, due to being completely exhausted, it was unable to climb out on to the bank and was starting to drown. The USPCA says it is thanks to the quick actions of the three men pictured, the dog is safe and well, recovering from its ordeal.

It was taken to the USPCA Animal Hospital and, thanks to an appeal via the charity’s Facebook page, the owner has now been located and the dog will be going home where it belongs!