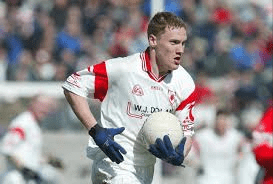 Memories of the death of two young gifted sportsmen – a GAA footballer and a schoolboy rugby ace – are still fresh in the minds of the local community a decade after their passing.

The deaths were attributed to cardiac conditions and the family and friends of both have been raising awareness in their own ways of this hidden timebomb.

It was confirmed that Ireland’s Under-19 flanker John McCall died from cardiac failure during the opening match against New Zealand in Durban,  in South Africa – just weeks after he led the Royal School Armagh to Schools’ Cup glory.

Irish sport had already been left reeling from the loss of the 24-year-old Tyrone captain Cormac McAnallen, who died suddenly at his home in the village of Eglish, near Dungannon.

Cormac was widely regarded as one of the best midfielders in the country, however, it was his conversion to full-back that proved so crucial in Tyrone’s historic All-Ireland-winning campaign just the year previous. The Eglish clubman went on to claim a Vodafone All Star award for his performances in the position, having scooped the Young Player of the Year accolade in 2001.

Now, in March 2014, 10 years on, GAA arch-rivals Tyrone and Armagh have come together to promote a special event to mark the 10th anniversary of Cormac’s death and the charity and educational work done in his memory.

The ‘Cormac Trust’ event will take place in Armagh City Hotel on March 21, and several of those whose lives have been changed or saved by the provision of defibrillators and cardiac screening will be among the guest speakers.

Others who have contributed to the charity work and fundraising done in Cormac’s name – through ‘Campa Chormaic’ summer schemes – will be honoured at the black-tie affair.

And the event will also be used to publicise the new Cormac Trust Fellowship for post-grad research into the causes of Sudden Cardiac Death in the young.

Said Cormac’s father Brendan: “This event is our way of looking back on all that has been achieved over the past 10 years and thanking some of the many people who have done great things to honour Cormac’s memory.”

The family of Armagh schoolboy John McCall have also been playing a major role in raising awareness since their heartbreaking loss a decade ago.

In 2006, John’s father Ian McCall hailed the launch of a specialised clinic at the University of Ulster’s Jordanstown Campus, saying he hoped it would prevent other families from having to suffer in the same way they have.

The McCalls decided that John’s death to cardiomyopathy – a disease of the heart muscle which very often affects young people – should help others.

Joining with those who have similarly suffered, this saw the formation of a local CRY (Cardiac Risk in the Young) group and the opening of Northern Ireland’s first independently-funded heart screening clinic.

For further information on cardiac conditions and sudden cardiac death, you can also check out the website at www.c-r-y.org.uk/NI.