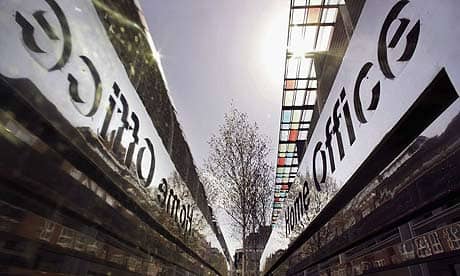 Two men have been arrested at an Indian restaurant in Portadown, Co Armagh after a Home Office raid.

Following checks, two Bangladeshi men, aged 23 and 25, were found to have overstayed their visas and detained.

Steps are now being taken to remove them from the region, a statement from the Home Office said.

A third Bangladeshi man, 53, was found to be working without permission.

Officers have stopped the man from working while his case is considered, during which time he must report to the Home Office.

If it is found that he has no right to be in Northern Ireland, he will also be removed from the jurisdiction.

A notice warning was served to the restaurant that a civil penalty – of up to £10,000 per illegal worker found – will be imposed unless proof is provided that the correct right-to-work checks were carried out. This could work out at a potential total of £30,000.

Mike Golden, from the NI Home Office Immigration Enforcement team, said: “The message to employers in Northern Ireland who choose to use illegal labour is clear. We will catch you and you will face a heavy penalty.

“Illegal working is not a victimless crime. It defrauds the taxpayer, undercuts honest employers and cheats legitimate job seekers out of employment opportunities.

“We are happy to work with businesses to let them know what checks need to be made on staff, but those who break the law should know that they will face heavy fines.”