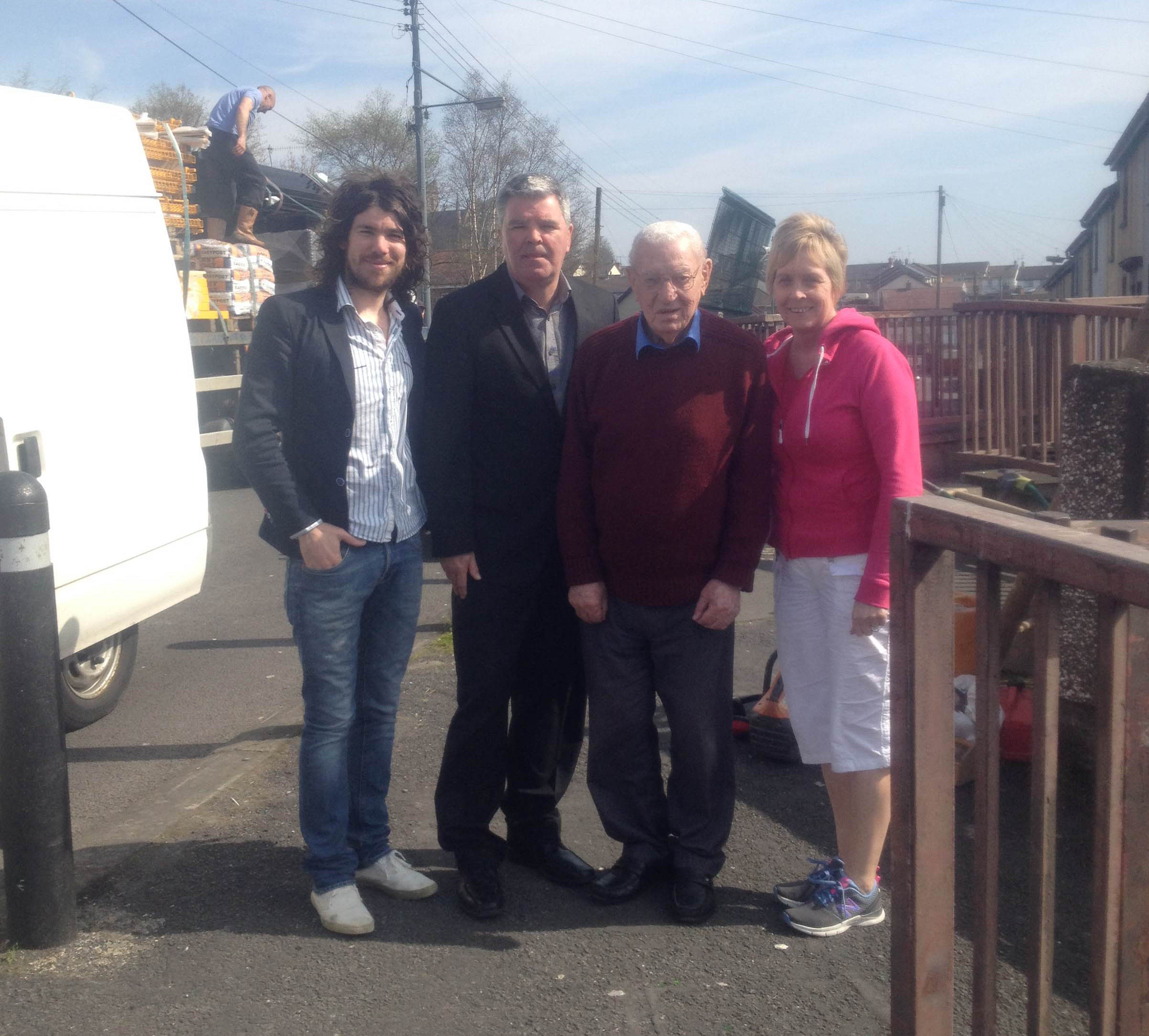 A sustained campaign has seen the second phase of ‘The Tunnel’ development completed in Armagh, with the underpass being ‘gated’ to prevent anti-social behaviour.

The latest works on the environmental improvement scheme in the west of the city has been welcomed by Newry and Armagh MLA Cathal Boylan.

The Tunnel has on many occasions over the past number of years been a focal point for anti-community behaviour and nuisance, and was this week gated closed following a sustained campaign by the local community and representatives. Speaking as the gates were erected, Mr Boylan said that this phase, which blocked off both entrances to the underground passageway and the entry leading to it,  “would hopefully significantly reduce the appeal of the area to congregating groups by removing the shelter offered by the Tunnel”.

Sinn Féin election candidate and vice chair of the Department of Social Development Committee Mickey Brady spoke of the positive impact that this and other environmental improvement schemes funded by the Department’s Neighbourhood Renewal initiative would have on local communities.

“There are significant benefits to entire areas and communities when problematic issues such as this one can be tackled,” said Mr Brady. “Whilst this is another significant step in the right direction in addressing this local issue, further works remain necessary in order to complete the scheme, with phase three seeking to address the walls and existing railings on the ramp.

“Whilst tackling these issues is a critical aspect to dealing with anti-community behaviour, so too is trying to address the underlying social conditions which often contribute to the situation. “It is frightening to think what social conditions might exist in our communities if there is no curtailment to the savage cuts being imposed by continuous reductions to our local block grant by Tory-led policy.

“If our local sports clubs and community sector groups are starved of resources to the brink of extinction, at the same time that intervention services are scaled back, then it will inevitably lead to an increase in social deprivation and detachment.”