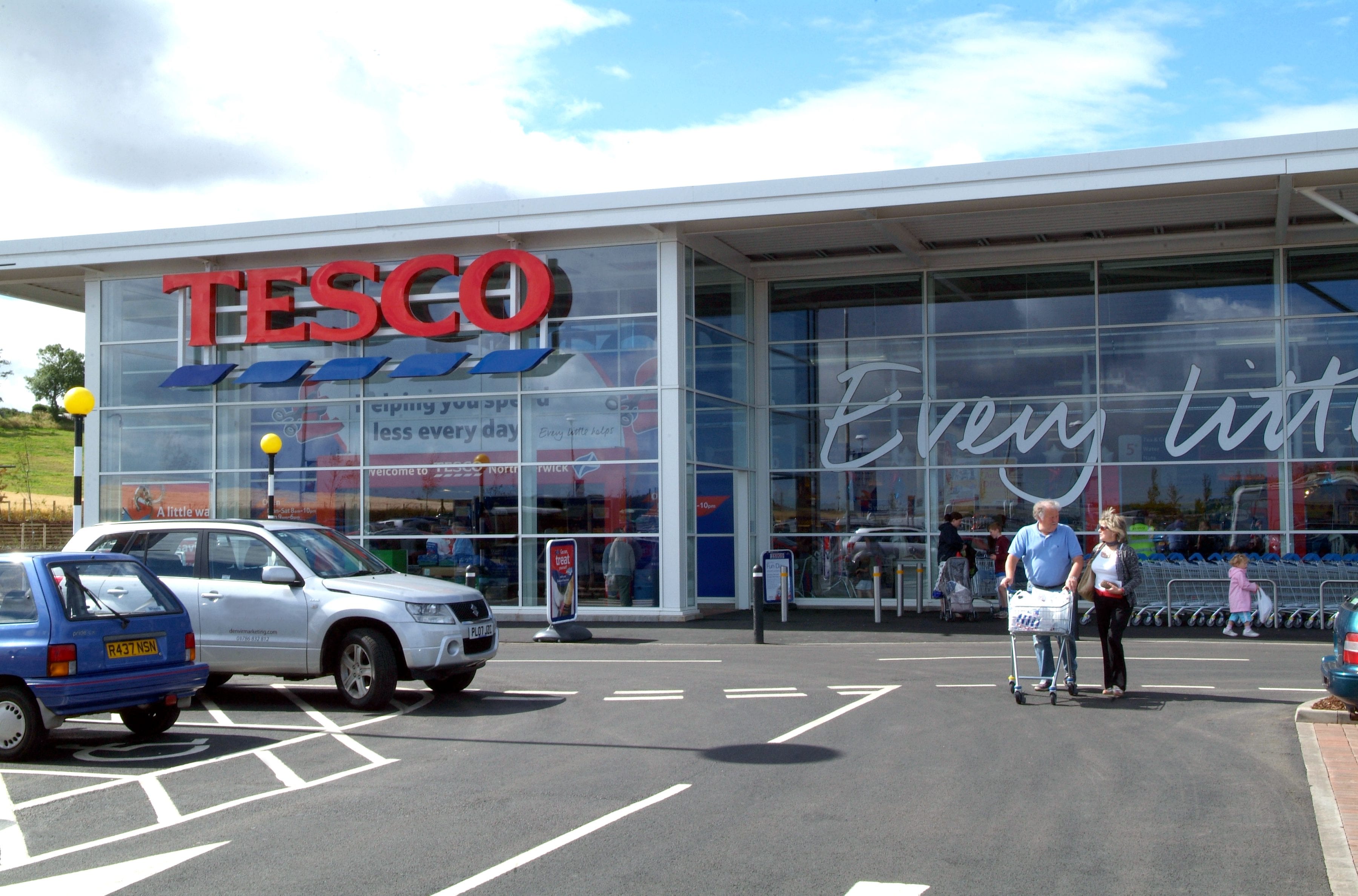 Armagh councillors and local Assembly members are to meet Tesco officials on Tuesday to discuss the fall-out of today’s revelation that it has pulled out of opening a new city superstore, Armagh I can reveal.

And as the shock sets in that Armagh’s planned store has been axed – and with it the promise of 250 new jobs – the retail giant confirmed to Armagh I that it will play its part in helping to see the empty unit filled.

Work will continue on the superstore site at Alexander Road, with Tesco saying it will work to find alternative retail tenants to occupy the store shell once construction, being carried out by Turkingtons in Portadown, is complete in a few months time.

Dave Lewis, Tesco Chief Executive Officer, broke the news earlier this morning that planned stores in Armagh and Carryduff would not now proceed.

He said: “It is with a heavy heart that I am today announcing that we are unable to proceed with 49 planned new store developments across the UK, including our planned store in Armagh.

“Our performance as a business has fallen significantly short of where we would want it to be and my absolute imperative has to be to protect the future of our business for the c. 300,000 colleagues we employ in communities all over the UK.

“I know that this news will be a real disappointment to many people in the local community and we’re extremely grateful for the support we’ve received for our plans.

“I am very aware of the importance of the site to the area and I am determined that we will work closely with Armagh City and District Council to find the right solution for the local community.”

Local politicians have reacted with horror at the announcement and are planning an urgent meeting with Tesco.

Sinn Fein, the SDLP, DUP and local Independent Unionist representatives have all expressed their anger at the decision.

SDLP Councillor Thomas O’Hanlon has described the news as a major blow to the city and has said he has asked Armagh Council Chief Executive John Briggs – who was notified of the news in a letter from Tesco – to convene an urgent meeting with all parties involved to discuss the future plans for the site.

Armagh I can confirm that that meeting will take place on Tuesday and will also include representation from Turkingtons, as well as Tesco.

Councillor O’Hanlon said: “Every effort must now be made to secure a future for the site which is currently being developed at Railway Street / Alexander Road in the city.

“It was only a few months back that Tesco were hailing the prospect of many jobs being created on the site, which was currently under construction. Today’s announcement makes me question if the company were ever fully committed to Armagh.

“It is a blow, not just to those who had hoped to gain employment in the store, but also to those who travel out of Armagh to shop in Tesco’s other stores, in places such as Newry, Portadown or Dungannon.

“Whilst the site was to be operated by Tesco, it is owned by and is currently being constructed by Turkington Holdings of Portadown. It is common practice for companies such as Turkingtons to secure a site, build the store to Tesco’s specifications and then lease it to the retailer for a period of 20-plus years.  This only complicates the whole issue in Armagh and raises a lot of questions which need answered.

“I have spoken with the Council’s Chief Executive and asked him to convene an urgent meeting with all the parties involved, including both Tesco and Turkington’s.

“We cannot have a half constructed store sitting on the edge of Armagh, nor can we allow the building to be completed and boarded up for years, whilst Tesco counts down the clock on a lease they may have signed.

“It is important that the future plans for the site are confirmed as a matter of urgency. We cannot sit back and just wait to see what happens.

“We need this site completed, a future for it secured and the jobs potential it promised materialised.

“I expect the meeting to be held early next week and that the public and local residents can be kept fully informed of the future plans for the site.”

Armagh City and District Lord Mayor Cathy Rafferty said she shared the disappointment of all at the news and also pressed for a meeting as a matter of urgency.

The Sinn Fein representative – whose party colleague, Assemblyman Cathal Boylan, will also play a key role at the meeting – said: “It is a blow to the area.

“Our council should meet with senior officials from Tesco to discuss the situation. Armagh City and District Council and those we represent are entitled to be kept fully informed as to this company’s future plans for this site and their commitment to this project.”

Newry and Armagh DUP Assemblyman William Irwin MLA has spoken of his dismay at the decision by Tesco to halt their planned superstore.

The retail development – which had successfully come through a protracted planning process and had started construction last year, through local firm Turkingtons – was being highly anticipated by local consumers, and Mr Irwin said the decision to shelve the store was a severe blow for Armagh.

He said: “Tesco and the developers had gone to great lengths to get through the planning process and they really had shown great commitment to the city and, therefore, it is such a great pity that they have now decided to withdraw this new store.

“The recent announcements by Tesco that they are not where they wish to be, in terms of performances across their stores, does signal the very competitive nature of the bigger food retail arena, and it is just so disappointing that this opportunity for new jobs and more choice for consumers has been taken away.”

He concluded: “It is vital that the local developer Turkingtons is treated fairly by Tesco in this situation, given the progress already made in the construction phase.

“I will be liaising with Tesco to ensure that their decision is handled fairly and equitably for those involved in the construction phase.”

Independent Unionist Councillor Paul Berry said: “It was with real shock and deep disappointment that I received a letter from the Chief Executive Officer of Tescos, Dave Lewis, on Thursday.

“Whilst we were all aware of Tesco’s business pressures across the UK, I was still encouraged that work had started on site and was progressing well.

“This is a blow to the local economy and the local community in the Armagh District area, given the clear fact that this would have created jobs and also kept the money in the city, rather than people driving to the likes of Newry, Craigavon or Dungannon to do their weekly shopping.

“This proposal I believe would have complimented the city retail life and would have been a real benefit, but sadly Tesco have decided to cease development of this site.

“As a local councillor I believe it is important that we work with the owners of the site to try and attract other potential retail investors into the City and District and I will be following this up with our Council Chief Executive and Senior Management Team.”

He said: “As development work on the site is already well underway on the Armagh store, I am obviously concerned at the immediate loss of construction jobs which could occur.

“This is in addition to the wider economic impact on the Armagh area although I am aware of media speculation that the store may be sold to a competitor.

“It is obviously essential that any new retail store on the site should enhance the shopping experience in Armagh and work as a magnet to bring people into the city and increase footfall and trade in the many quality businesses which populate the city centre.”