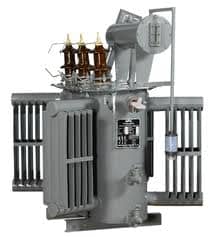 Police in Armagh are appealing for information following the theft of a transformer from Clay Road.

A transformer is a piece of equipment used by NIE to control electric voltage. It is believed the equipment, which had black casing, may have been taken between Monday, March 24 and Wednesday, March 26, and that it was dragged along the road by a tractor before being picked up by another vehicle on Lower Clay Road.

Constable McCullough, Armagh Response, said: “The people involved in this theft are causing untold damage, not only to the owners of the transformer whose work schedule is put on hold, but also environmentally. Transformers contain oil and we believe that oil from this transformer was spilt on the road as it was moved, causing a one vehicle road traffic collision, on the morning on Tuesday, March 25.

“The thieves involved in this have no regard for the property or safety of anyone living in the local community. Not only are they putting road users’ lives at risk but they are also causing damage to the local environment and wildlife.

“I am asking anyone who has information in relation to the theft or whereabouts of this transformer to contact us in Armagh on the new non-emergency 101 number, quoting ref: 182260313. If you prefer to provide  information without giving your details you can contact the independent  Crimestoppers charity anonymously on 0800 555 111.”