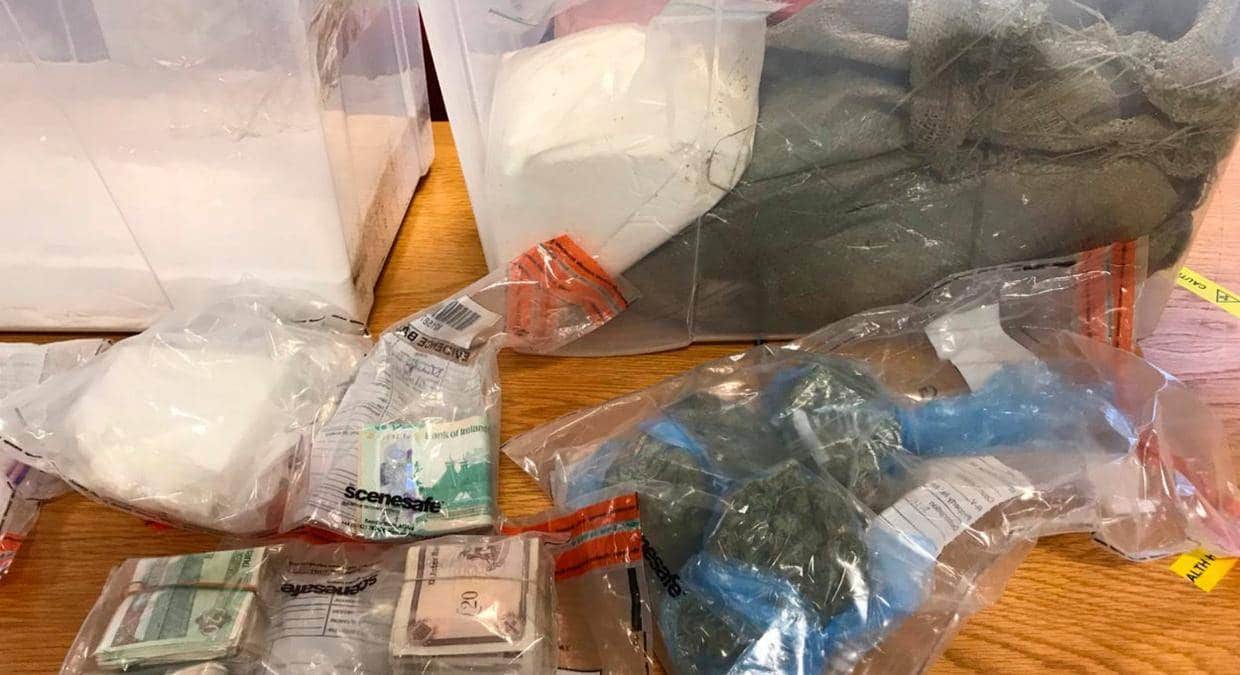 Three men from Cookstown have been jailed following drugs searches in 2020.

In Dungannon Crown Court, Luke Donaghy (27) was sentenced to four years with 21 months in custody and 27 on licence.

Andrew Farmer (29) received four-and-a-half years, with two in custody and the rest on licence.

Detective Inspector Shaw said: “Officers, who carried out a search of a property in the Cookstown area on 8 October 2020, uncovered a drugs-manufacturing factory.

“The drug seizure, which included cocaine, had an estimated street value of £825,000.

“These men were actively involved in the manufacture of harmful, illegal drugs and preparing them for distribution”

We’re grateful to local people for their support and would reiterate our ask for anyone with information, or concerns, to contact us on 101.”