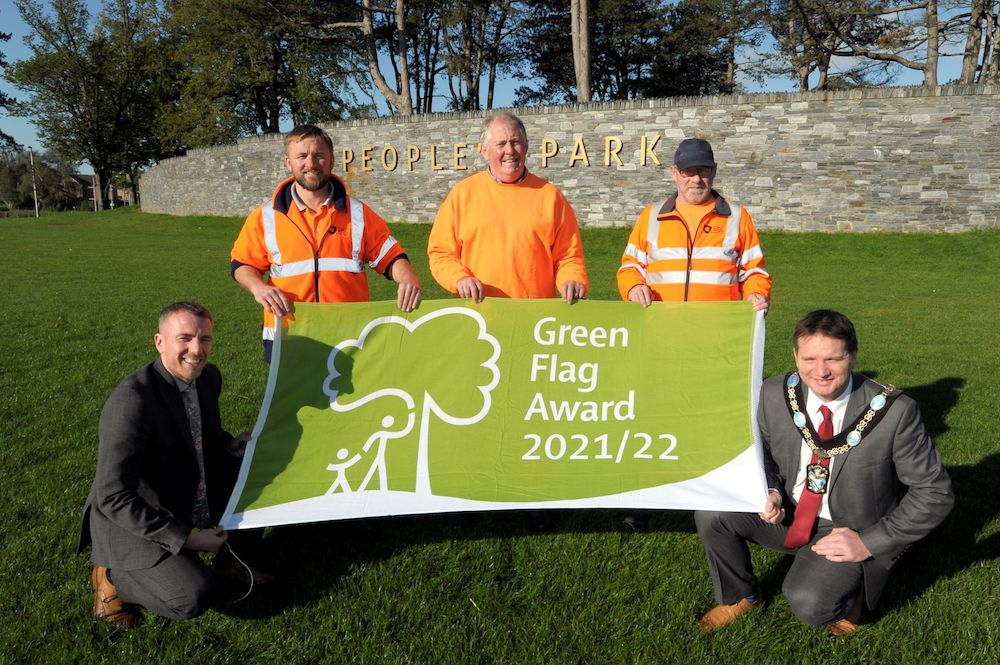 Armagh City, Banbridge and Craigavon Borough Council continues to build on its Green Flag success – with ten of its parks securing the prestigious award!

The Green Flag Award is an internationally recognised certification for parks and open spaces, and is increasingly sought after in Northern Ireland.

Undergoing a rigorous and robust assessment process led by a volunteer panel of experts, the parks had to demonstrate that they met a range of strict criteria including horticultural standards, cleanliness, environmental management, biodiversity, community involvement and safety standards to achieve the distinguished accreditation.

Lord Mayor of Armagh City, Banbridge and Craigavon, Alderman Glenn Barr commented: “What an absolutely fantastic accolade for these ten parks and open spaces to receive – and what a testament to our dedicated and diligent officers, parks and grounds maintenance staff who work tirelessly all year round to ensure these important places are well maintained, welcoming and safe.

“Our parks and open spaces are more important than ever following the pandemic and play a vital role in the health and wellbeing of our residents. Somewhere to exercise, to clear the head, to breathe in the fresh air, to get involved in recreational activities, to take time out or to spend time together. As a council we are committed to ensuring these beautiful, natural assets remain safe, welcoming and accessible for everyone.”

Keep Northern Ireland Beautiful (KNIB), the environmental charity who operates the Green Flag Award Scheme in Northern Ireland, has witnessed a surge in successful participating locations since the initial three awarded sites in 2008 – with a record number of 84 locations across Northern Ireland recognised this year.