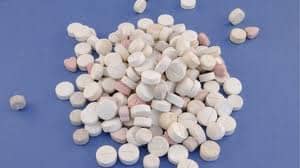 Officers conducted a search of two males in a snooker hall in Drumgor on Saturday night, February 8.

The teen was released on bail pending further enquiries in relation to the drugs offences and was remanded into custody after appearing before court in relation to breach of bail.

A second 18-year-old man was found to have approximately 150 tablets in his possession,, in addition to herbal cannabis and cannabis resin. He was arrested on suspicion of possession of Class B and C drugs. He was later released on bail pending further enquiries.

Sainsburys plans major upgrade as Tesco work due to start