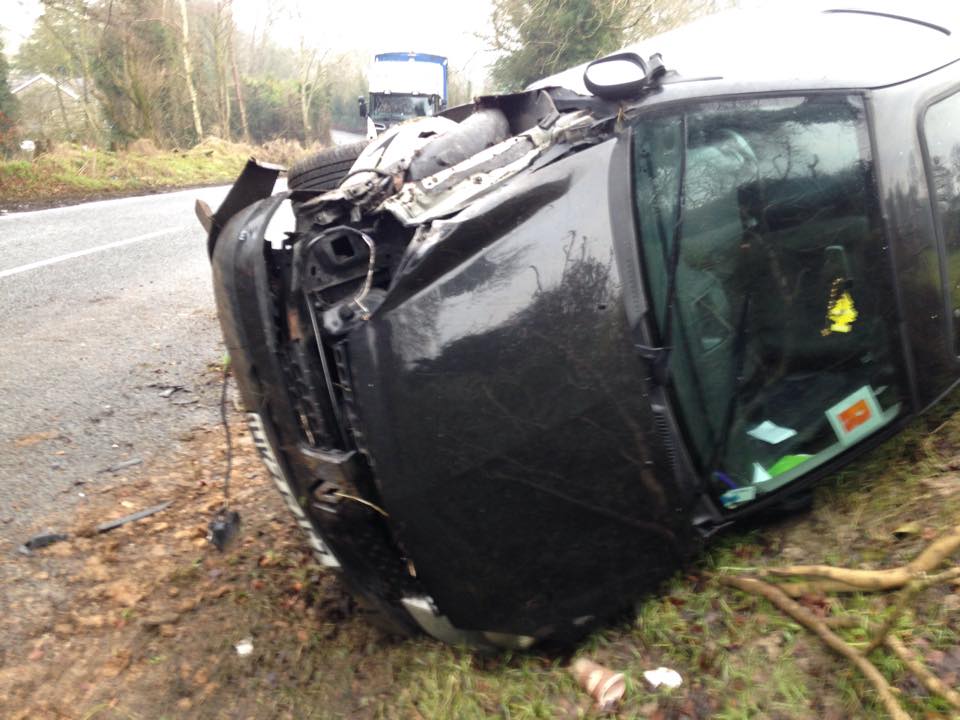 A teenage driver has miraculously escaped with just minor injuries after his car flipped on the Keady to Armagh Road this morning.

Seventeen-year-old Dara Basketfield was travelling along the road at 8.50am this when his car spun out of control in what is believed to be spilt oil on the road’s surface.

No other vehicles were involved.

The teenager, who refused to go to hospital after suffering minor neck and back injuries, had only been driving three weeks.

Mr Basketfield, speaking to Armagh I, said: “I have minor neck and back injuries and a small concussion. I went to the doctor but I didn’t want to go to the hospital. I have to go to a neck sprain clinic now for a few weeks.

“I only had the car on the road three weeks, and I am very upset as it took a lot of saving for me to finally get a car.”

He added: “Right across from where I crashed there was debris from another car crash. I’m just concerned because there have been so many accidents on that road lately and it won’t be long before someone else is killed.”