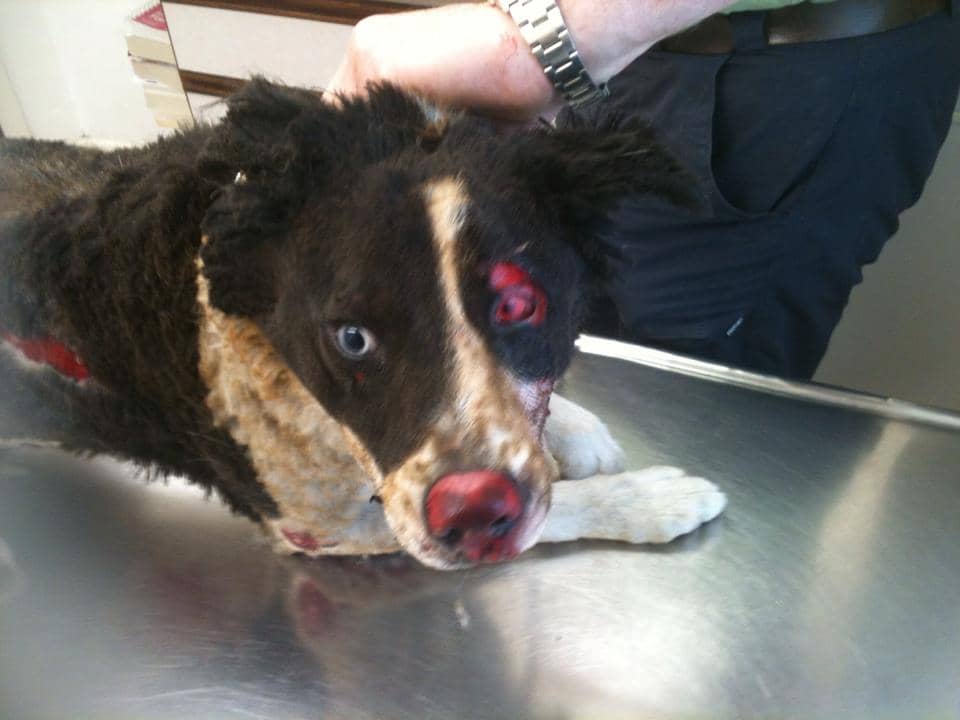 Two men jailed last month after a much-loved pet dog Cody was doused in flammable liquid and set on fire had their legal defence funded by taxpayers – at a cost of almost £17,000.

There was horror and outrage over the barbaric attack on Cody in August 2012, who survived for a fortnight before she had to be put down.

Last month Andrew Richard Stewart changed his plea to guilty to causing unnecessary suffering to an animal and was jailed for 20 months, only 10 of which will be spent behind bars, the other 10 to be spent on licence, for what the judge described as a “particularly appalling” crime.

Stewart, 23, of Wellington Park, Moira, only changed his story on the second day of the trial at Craigavon Court.

A second accused, Jamie Downey, also 23 and of Chestnutt Hill Avenue, Moira, Craigavon, Co Armagh, admitted perverting the course of justice and was sentenced to six months, three of which will be served behind bars. The court left charges of animal cruelty on its books.

The attack on Cody, a three-year-old Collie, led to numerous rallies and changes for legislation, with calls for harsher sentences for those convicted.

The Dungannon-based DUP Peer Lord Maurice Morrow has now been provided with specific figures relating to the cost of the two men’s defence.

In response to a question, it has been revealed by Justice Minister David Ford that legal aid totalling £16,734 was paid out in this case.

Stewart had consistently denied the charges for two years before entering a guilty plea on the second day of last month’s trial.

Check out the ‘Justice for Cody’ page on Facebook.