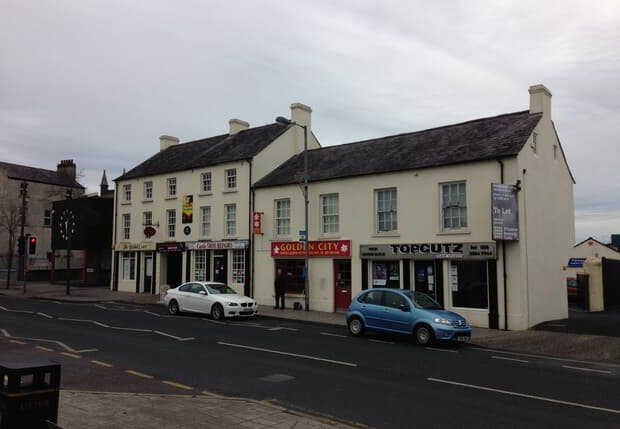 A shopping complex in Tandragee has gone on the market.

TDI House, beside the branch library at Market Street, consists of eight shops and office accommodation.

It was constructed during the 1990s and has seen various tenants over the years, including a Chinese takeaway, hairdresser’s and beauty salon.

It consists of a number of retail units fronting on to Market Street and more to the rear, with enclosed parking.

All units are described as being finished to a high standard specification.

It is now being advertised for sale by O’Connor, Kennedy and Turtle, which previously had been responsible for letting.

There is a potential income of £60,000 per annum when all units are filled.

Meanwhile, plans remain under consideration for a new development of industrial units in the town.

A planning application was lodged with DoE Planning Service in January for the proposed development on the old Tandragee Enterprise Park – the site of the former Express Parcels – on the Madden Road.

The cost of the development is not known at this stage but is believed to represent a significant investment.

The hope is to convert the former storage and distribution yard into various units to be let to interested businesses.

The yard has been vacant since 2012 and the hope now is that it can be brought back into productive use.

A decision is expected shortly.