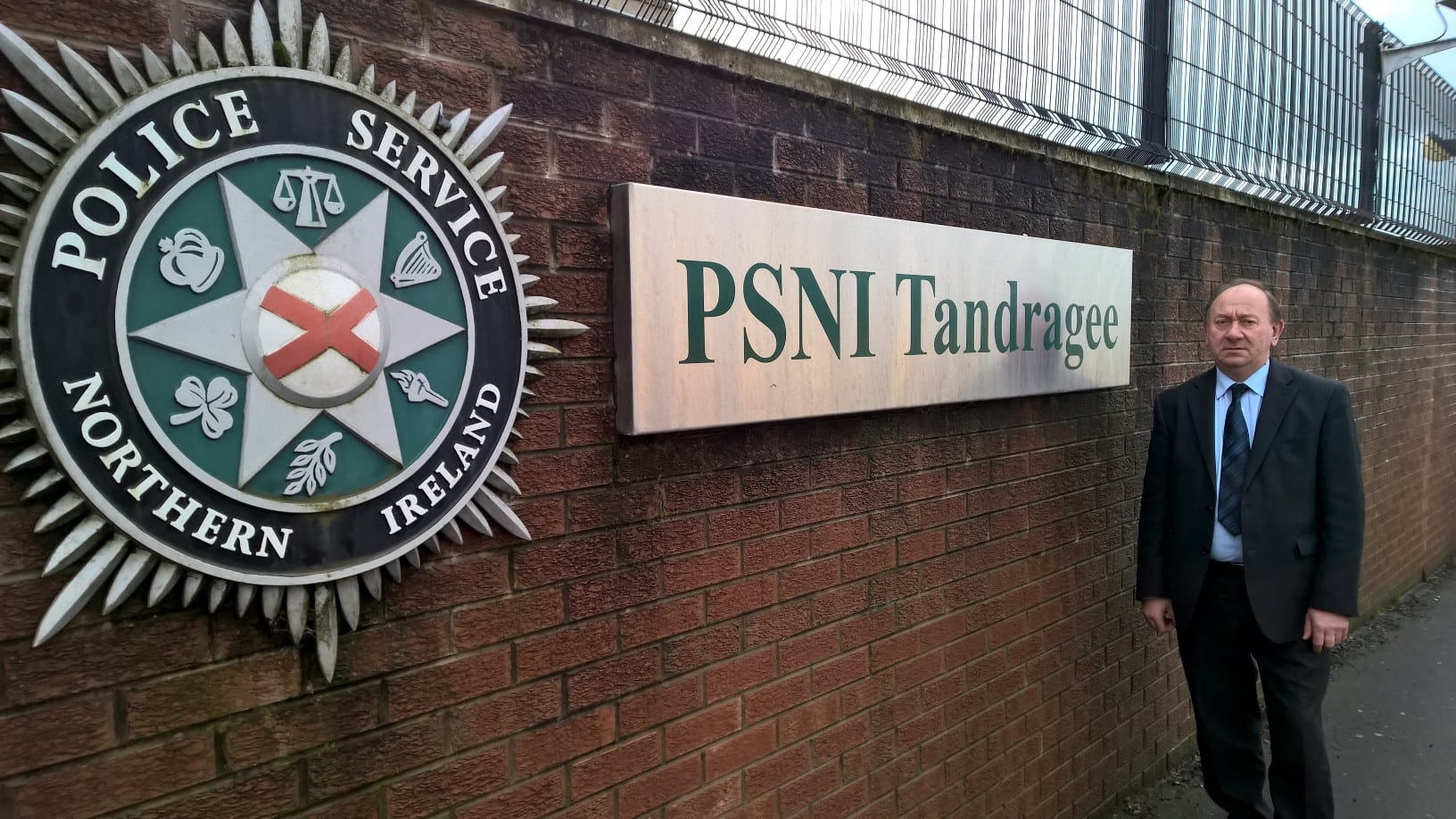 It now seems certain that Tandragee PSNI station will be axed and sold off.

And the plans have been slammed by a local Assemblyman.

Superintendent David Moore has indicated that Tandragee station did not form part of his future policing plan.

Starting from next Monday, August 24, new structures will begin to be implemented.

As Armagh I previously reported, Local Policing Teams will provide 24-hour cover for the entire Armagh, Banbridge and Craigavon Council area, based out of Armagh and Lurgan.

And they will be supported by four Neighbourhood Policing Teams, who will operate from Armagh, Mahon Road in Portadown and Lurgan.

Now DUP MLA William Irwin has hit out and called for a rethink as he says closing Tandragee PSNI station would send out a signal to criminals that they are free to operate day and night,

He said: “I raised this matter some time ago along with my DUP council colleagues and it has been a concern that in the new policing structures for the district, Superintendent Moore has not seen a role for the station in Tandragee.

“I have made my views known in many subsequent meetings with senior police that the removal of visible, point of contact resources, such as a police station, is perceived as a negative by the public.

“The message such a closure sends out is basically a green light to the criminals who continue to carry out their activities in both broad daylight and during the night.

“Neighbourhood policing is a vital tool in the fight against crime, as we have seen in Tandragee over the past few months.

“Doing away with stations and greatly increasing operational areas for officers to deal with, will in my opinion allow crime to fester in areas where normally a dedicated neighbourhood team would be on top of a situation with sustained attention.