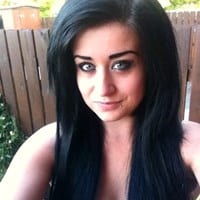 The young woman who died after a tragic road traffic collision at Richhill on Thursday afternoon has been named locally.

She was 20-year-old Shannon Weir, who lived in Tandragee.

Shannon, who was keen on equestrian events and competed, had been the passenger in a Nissan car which was in collision with a lorry at around 3.35pm on Thursday. The driver of the car – understood to have been a teenage girl – remains in a critical condition.

She was taken initially to Craigavon Area Hospital and later transferred to the Royal Victoria Hospital in Belfast.

Shannon’s boyfriend told of his own devastation on Facebook yesterday.

He posted: “I woke up this morning wishing it was a bad dream. 28/1/16 will be a day l will never forget. The day I lost not only my girlfriend but one of my best mates. I was so lucky to have known her in the short period of time I was privileged enough to have.

“She meant the world to me and I can only thank God for the memories we shared together. She had the kindest heart I had ever met heaven has truly gained an angel. Thinking of the Weirs. Il never forget and will always miss you Shannon Weir until we meet again babe xxxxx”

There has been great sadness following the tragedy, the second in just a week on the district’s roads.

Newry and Armagh DUP MLA William Irwin said: “I want to pass on my deepest sympathy to the Weir family on the tragic loss of Shannon close to Richhill village.”

Richhill Councillor Jim Speers and Danny Kennedy, Ulster Unionist MLA for Newry & Armagh, also expressed their sympathies to the Weir family and to the family of the young driver.

Councillor Speers said: “My sympathies go to the family of the young lady who tragically lost her life. We must also think about the young woman who has sustained serious injuries and hope and pray that she can recover.

“This is an almost unimaginable situation which these families now face.”

Mr Kennedy added: “This is more heartbreaking news for families in County Armagh. They are in our thoughts and prayers. What started out as just another normal day has ended in tragedy.

“It is hard to comprehend the loss which family members now feel. The local communities will rally round and offer what support they can.”

Sinn Fein MLA, Cathal Boylan, said: “This is first and foremost a time to bear in mind the family and friends of the young woman killed.  I’m sure I speak on behalf of everyone in the area when I offer them our sympathy and support.

“Our thoughts and prayers also go out to the other woman in the car who is currently in a very serious condition in hospital.”