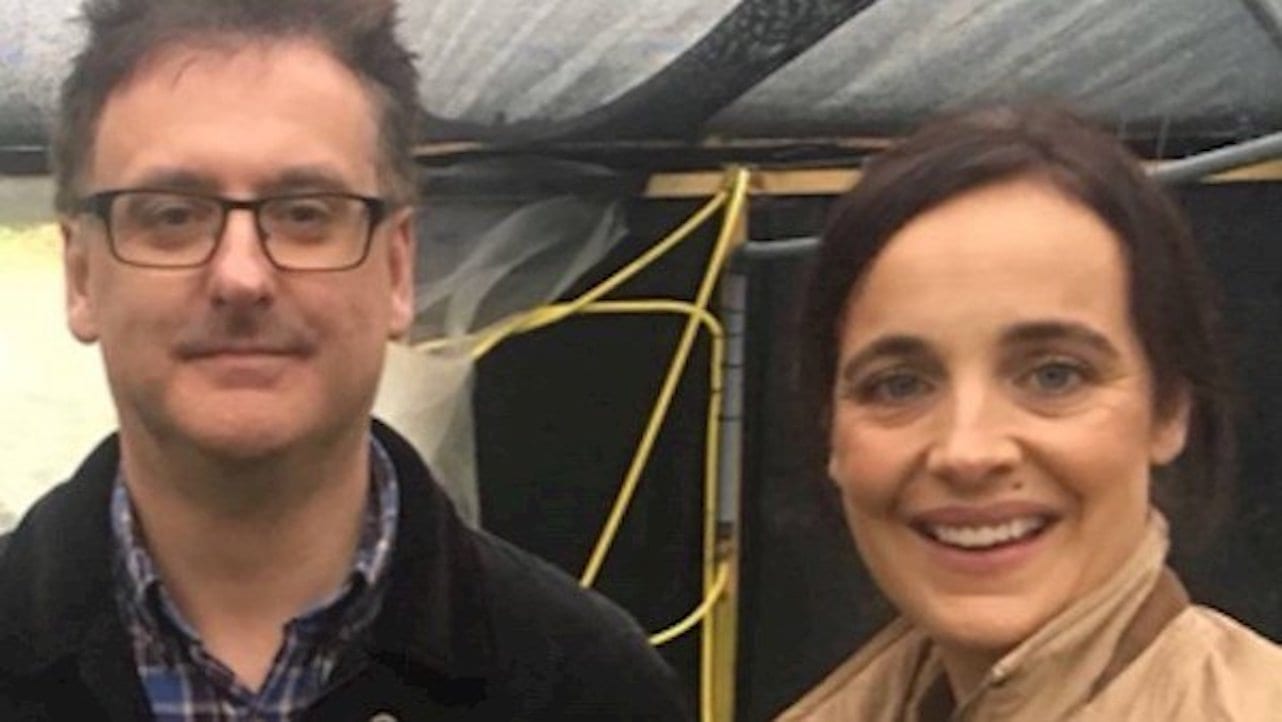 The world’s most expensive vegetable has been grown in Ireland for the first time – and it’s right here in Co Armagh.

The Japanese wasabi – a sushi accompaniment – grows naturally along stream beds in mountain river valleys in Shizuoka, west japan, and is worth a cool £1.3m an acre.

But, rather surprisingly, a Tandragee man has gone through the painstaking cultivation process, and carefully nurtured the plant in a greenhouse in his garden.

RTÉ’s farming series Ear to the Ground reveals how Chemist Sean Kitson (pictured) and his son Zak made the little bit of history with what is one of the world’s most expensive crops; growing it on the Emerald Isle for the first time ever.

Sean, who works at Almac in Craigavon, described it as “green gold,” after successfully growing a polytunnel full the wasabi worth around £40,000.

“It’s very difficult to grow,” he told the show. “You can have problems with root rot, the optimum temperature is 12 degrees but in summer when it gets hot it can get up to 40 to 50 degrees in the (polytunnel) so that slows the growth down. The light will burn the plant, so we have to reduce it by 80%.”

Sean originally decided to grow the plant because of it reputed anti-inflammatory properties as Zak was diagnosed with multiple sclerosis as a child.

However, the fresh wasabi plant grown in Co Armagh is given a taste test run on the programme at the Zen restaurant in Belfast run by Eddie Fung, who said he had never been able to source it from Ireland.

And it’s safe to say he was impressed, describing it as “fantastic”.

The programme will be show on RTÉ One on Thursday at 7pm.