Watch: The real life Tom and Jerry in a Tandragee kitchen 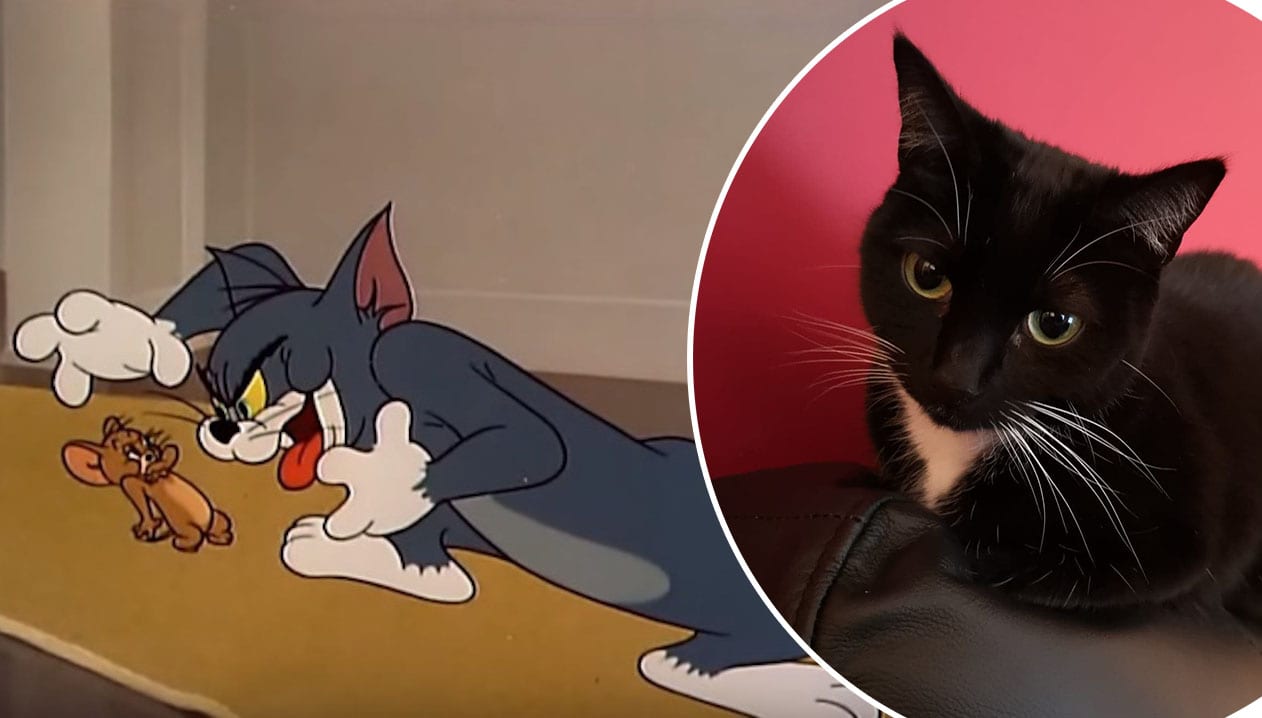 It’s the proverbial cat and mouse – the real life Tom and Jerry if you want!

This is the moment Tayla (our real life Tom) corners his prey (Jerry), but what happens next is, well, rather unbefitting of the Warner Brothers’ iconic duo.

And it unfolded in a leafy suburb of Tandragee on Tuesday afternoon.

“I was making a sausage roll sandwich and I spotted a mouse scurrying across my kitchen floor,” explained a rather startled Neil.

“It ran into the corner and I called my cat ‘Tayla’ for backup.

“She came in and followed the mouse up and down the room until they were locked in a steely gaze in the corner.” Video evidence of this sheepish stand-off above.

Neil continued: “I have another cat called Spock, who I tried to call in as further reinforcement, but he’s quite inept at this sort of thing too.

“So I filmed Tayla in the corner with this mouse for a full five minutes, and the brief section of that footage that I cut out for the clip (above), is all that happened. Eventually the mouse made a run for it and ended up trying to get up the stairs. Tayla followed it but kept an observational distance.”

Neil attempted to intervene – show them how it’s done! Alas, Jerry made his escape (no manipulation of the truth there, promise!)

So there you have, a stalemate. And an age old fable re-enacted in a Tandragee kitchen. The cat unable to secure that definitive victory over the pesky mouse.

Despite having what is essentially a rodent running about his kitchen, Neil’s take on the whole series of events was simply: “I thought this was adorable.”

Well, there you have it. Tune in next week for another episode. That’s all folks!