Diane, who is raising money for PIPS Hope & Support, said: 'He was a happy 19-year-old boy. Something cropped up in his life and he couldn't see past the next hour' 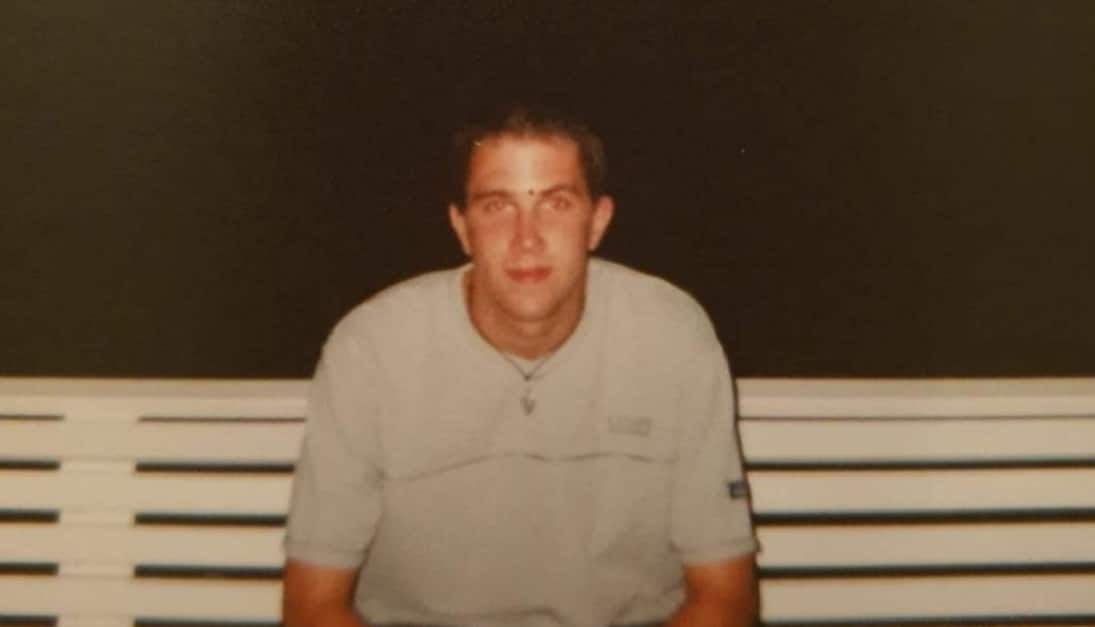 Mark Houston was just 19 when he died

A Tandragee mother-of-two has raised a staggering £6,000 – and counting – in memory of her brother to help improve mental health provisions in the local area.

Diane Houston set herself the goal of walking 290,581 steps, representing her brother’s birthday in the month of May, which she has already smashed.

And she did so to raise money for PIPS Hope & Support.

The 42-year-old made the decision to undertake the challenge in memory of her brother Mark, who sadly took his own life aged just 19.

On Saturday, which would have been Mark’s 40th birthday, she will be joined by family and friends on a 10 mile walk starting at  The Oaks Car Park, Tandragee, an old haunt of her brother.

Speaking to Armagh I, Diane said she had been completely “blown away” by the support she has received so far from the community and further afield.

“It’s been a bit of a shock to be honest, because you do realise that unfortunately, lots of families are touched by the tragedy of suicide,” she stated.

This is not the first time that Diane has completed such a fundraising event, having undertaken a similar venture 10 years ago for what was Mark’s 30th birthday.

“We did raise quite a bit, maybe between £2,000 or £3,000, which was phenomenal, but I actually do think there was still quite a big stigma attached to it the first time,” she said.

“I do recall getting a lot of support then on messages, but nothing to the extremity that we have seen this time,”

Diane revealed that she was receiving messages and donations from those she never knew had experienced the grief of a suicide.

“It has really had a profound ripple effect,” she added. “It is not just about my own personal tragedy. It really seems to have crept into everybody’s circle.”

Trying to find an explanation in the increased awareness of mental illness and associated issues, Diane believes that the current pandemic has had an impact.

“A lot of people have thought about their physical and mental health quite a lot over the past 15 months,” she said. “With my background, I am always sort of hyper aware of mental health and wellbeing.”

Diane believes we will not see the full effects of Covid on the mental health of the public, particularly in relation to anxiety, for many months.

“We talk about depression and anxiety but Mark didn’t have any of those mental health issues. He was a happy 19-year-old boy.

“Something cropped up in his life and he couldn’t see past the next hour. It was tragic, because I can remember people coming to me after saying, if they were to list 1,000 people to die by suicide Mark would not be on their radar.”

Explaining the reasoning behind the challenge, Diane said: “I just thought, Mark’s birthday is coming up, I have two options. I sit crying my eyes out on the Saturday or I do something in his memory.

“I just really wanted to also raise the profile and money for PIPS. I mean they are inundated with service requests for the community and they’re the leading independent advocate in the Southern Trust.”

Diane is also speaking from a personal point of view, with she and family members having relied on the Newry organisation following Mark’s passing.

“We attended a support group for the bereaved once a month. There was a strange comfort you get from being around other people who have been through what you have been through, it is hard to explain.

“Grief is grief but grief through suicide is very different. You do go through a lot of the same feelings of sadness and loss but there can also be a lot of conflicting emotions.”

She added: “You can have anger and emptiness, the whys, the hows, the what ifs. Working on the anger and guilt and loss can be debilitating but they offered a lifeline we really needed at the time.

“You do eventually come to a level of acceptance of what’s happened, then you you have to try to channel into something positive.”

Diane confessed that her outlook on life profoundly changed after the passing of her brother.

She said: “I am a much more positive person. I live for today as literally no-one knows what tomorrow will bring.”

Not only will the money raised be going to PIPS Hope and Support, it will also be specifically targeted to having training carried out in the Tandragee area.

“A coffee shop has agreed to let us run it from there, so it will be going back into the community. With the stigma, I can guarantee that 10 years ago, if I wanted to run a training event, people would have been put off by fear, whereas now I really think it is going to be jammed with people wanting to get involved.”

Diane stated that through her fundraising, other young men have come forward to speak to her.

“Some say they wouldn’t feel comfortable talking to people, that they would feel like a failure or would be seen to not be coping with life,” she explained.

“But the thing is we all feel like this sometimes, it just gets too much, but they need to realise that they are being brave in being honest about how they feel and the support is there.”

As a financial advisor, Diane says she has been blown away by the generosity but she has also been amazed at the amount of people looking to get involved, including many who had never met Mark.

“I have had people say to me in the past, if you could erase it would you? But I always say it is better to have loved and lost, than never loved at all and if it were erased I would lose those 19 years we had with Mark.

“I literally think it is amazing, the profound effect this 19-year-old boy has had on his own community. Twenty years later they are still saying he was ‘one of a kind’ and all these wonderful things, which just gives you a lift.”

This Saturday, Mark’s 40th birthday will be marked with a 10 mile walk which will start at 2.30pm at The Oaks Car Park, Tandragee.

If you would like to make a donation to the cause you can do so by visiting the JustGiving Page.