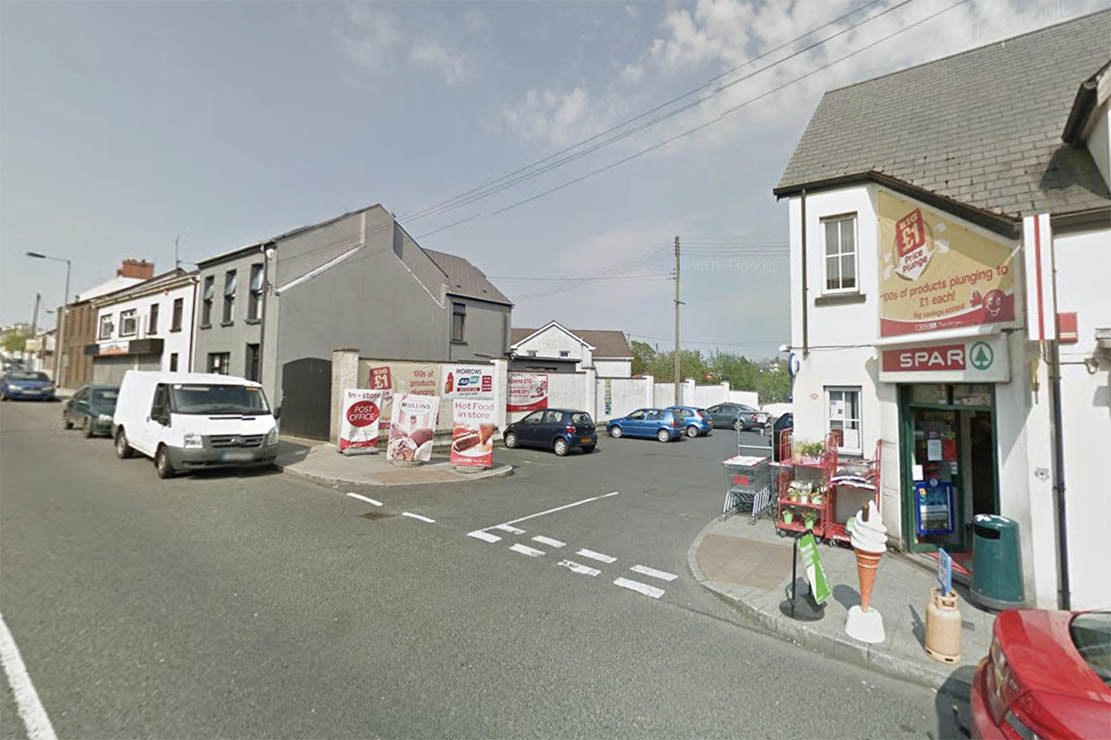 A Tandragee family-run Spar shop is to undergo a major extension after plans for the development were approved.

The Henderson Group had submitted an application for the works at the property at Mill Street back in the summer of 2019.

Amended plans were subsequently drawn up and advertised and considered by Armagh City, Banbridge and Craigavon Borough Council planning officials.

Now the council’s planning committee has endorsed the application for the works, which are estimated by Construction Information Services to be in the region of £100,000.

The store is based at number 20-24 Mill Street, Tandragee, with parking to the side.

As part of the proposals, permission was originally sought to change the elevations and demolish numbers 2 to 14 Mill Street, which includes the former Paddock Bar, as well as a charity shop and private house.

But the professional planners’ report – which lays down conditions on various issues including parking – indicates that the demolition will be of numbers 4 to 14, with a change of use of the former pub – situated at number 2 – for retail use at ground floor level with “associated alterations and an extension to the existing premises”.

The overall plans would allow for the construction of a new retail unit – measuring over 112 sq metres – and associated parking, and facilitate alterations and extension to the existing Spar shop.

Noice impact studies, bat survey and traffic assessment were among the considerations carried out as part of the determining process.

And it was in relation to the latter that several objectors turned and members of the public raised questions.

And when questions were asked in relation to the car park on site, the letter-writer was informed: “The management of the car park will be an issue for the occupants.”

Department for Infrastructure has neither raised any traffic management concerns at the earmarked location.

Concerns had also been raised over lighting at the site, and it was confirmed additional lights would be provided, something which the applicant deemed “essential for the health and safety of our customers and employees”.

According to the planners report, the existing access to the shop would be removed and a window put in its place.

“The new shop access makes substantial use of glazing and the walls surrounding it would be finished with stone cladding.”

Internally, changes would see a larger food prep area created and moved to the front of the store. Wall to create new stores would also be erected.

A 26-page report from planners details responses to concerns raised and how they arrived at their recommendation.

Officers reported having “placed greater determining on road safety and easing congestion rather than on the townscape in this instance”.

The decision to approve has now been formally passed.