Tandragee soldier who died after falling from cliff in Bundoran was on phone to girlfriend at the time, inquest hears 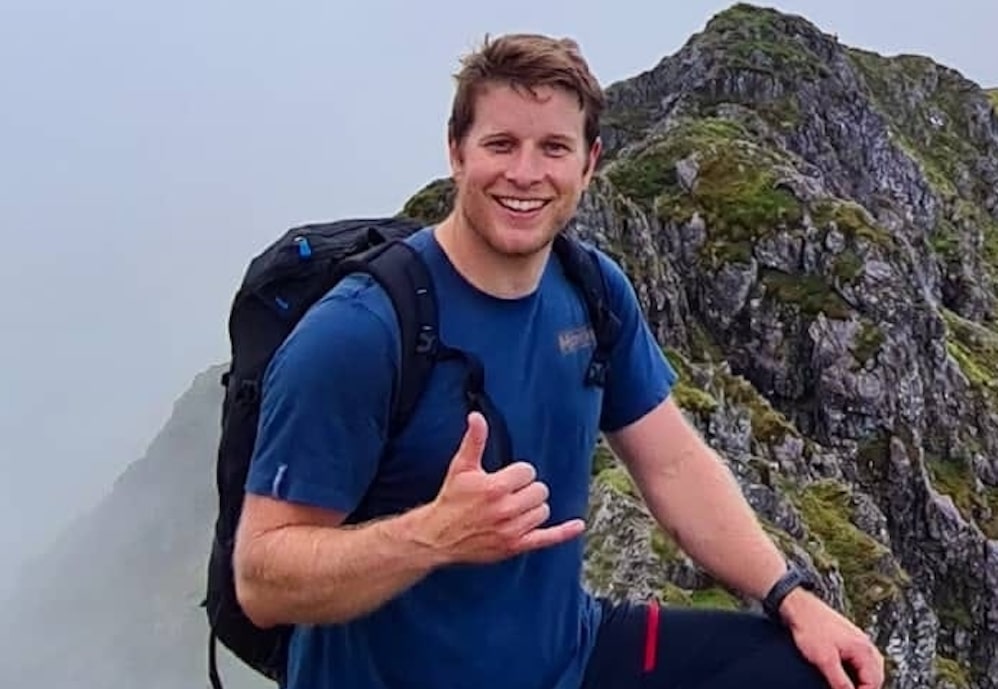 A County Armagh soldier died after losing his footing near a cliff in Donegal while talking to his girlfriend on the phone, an inquest into his death has heard.

Stuart Hamilton (30), of Cloghogue Road, Tandaragee, had been on holiday in Bundoran last September with friends and was on a cliff top walk overlooking Tullan Strand.

He had called his girlfriend, Chloe Reed, shortly after midnight, where she told the inquest the call went dead.

Mr Hamilton – a highly respected Corporal in the Royal Irish Rangers who had served in Afghanistan – later died at Sligo University Hospital.

According to the Leitrim Observer, the deposition of 25-year-old Ms Reed, from Ballyclare which was read on her behalf at the inquest in Sligo, described how at 14 minutes past midnight on September 4 last year, Stuart rang her to her mobile phone as he normally would do before going to bed.

“On the phone call we both said hello and Stuart sounded so happy on the phone,” she said.

“The next thing I said to Stuart was what are you at and I just remember Stuart saying “oh” just slightly, though not in a distressed state.

“There were no other noises but there was an open line with no sound.

“I then began calling Stuart’s name as I thought maybe he dropped his phone.

“This went on for about 20-30 seconds. The call line was cut off and I lost signal.

“I then called Stuart four times and the phone call kept going to voicemail”.

Ms Reed then contacted one of Stuart’s friends, John Morrison, (40) of Drumnagoon Road, Portadown, County Armagh by text. He was with Stuart in Bundoran on the weekend break.

The inquest heard that the text asked at 12.17am: “Are you with Stu, he called me, and it sounded like he fell and now his phone is dead.”

Her text was answered by John Morrison who told her that he and two other friends Jake Baxter (28) of Kiernan Avenue, Portadown and David McGill (22) of Margretta Park, Lurgan had gone to look for Stuart on a beach.

“Then I recall hearing John shouting ‘call 999’ and he hung up on me in a panic,” Ms Reed said in her deposition.

Mr Hamilton was found unconscious at the bottom of a cliff and subsequently passed away at 4.47am in the resuscitation room of Sligo University Hospital in the company of his family and his girlfriend Ms Reed.

In a deposition read on his behalf, John Morrison described how he travelled with Mr Hamilton to Bundoran on September 3 in his people carrier.

The plan was to go surfing or rock climbing on Saturday morning.

He parked the van at Tullan Strand Road car park.

“We stayed there eating and drinking at the vans until it got dark at approximately 9.30/10pm.

“We had two bottles of Buckfast, four cans of Guinness, a box of Peroni beer, a 10 glass bottle of Jameson Whiskey to drink between the four of us and Jake also had some small bottles of beer.

“I don’t know how many of them he had.

He said the group went down the bank in the grass area behind the car park and found two ready-made fire areas.

“We lit a campfire there.

“I also brought a table down to set our drinks on and once the campfire was lit, we sat around drinking and chatting.

“Shortly after midnight we tidied up around the campfire and put it out.

“Dave and Stuart were tidying up the table to carry it up to the van.

At 12.17, he got a text from Chloe Reed asking if he was with Stuart as she thought he had a fall and his phone was dead.

“I got a head torch and the three of us went down to where we had the fire and searched for Stuart.

“I wasn’t concerned at the time as Stuart had a few drinks but wasn’t drunk.

“I was then drawn to the cliff edge but felt there was no way he could have gone over there.

“I stayed on the phone with Chloe while we searched for Stuart.

“Dave said he would go down on the beach and check to see if Stuart was there.

“When I got down, I ran up the beach in the hope of not finding him.

“I wasn’t running for long and I saw Stuart lying on the beach.

“At this point I said to Chloe, I would ring her back and shouted at Dave to ring 999.

“I started doing CPR on Stuart, checked his pulse and his breathing but could find nothing.

“The RNLI and a second set of paramedics arrived and Stuart was brought to an ambulance at Tullan Strand Road.

“I spoke with Chloe, who was on her way to Bundoran at 2.50 am and she collected me, Jake and David and brought us to Sligo University Hospital.

“I wish to add that none of the four of us were aware of the area at Tullan Strand where we were camping or had the campfire set up.”

The inquest also heard a deposition from Garda Keith Farragher who attended the scene in Bundoran. He said when he arrived an ambulance and members of the RNLI were there already.

He could see a male on a stretcher on the back of the pick-up jeep and he assisted carrying the male on the stretcher, up the slipway of the beach. He described how visibility and underfoot conditions were very poor.

Garda Farragher said John Morrison and David Magill had performed CPR on their friend until the paramedics arrived.

“They were all very upset and concerned for their friend who had been involved in the accident,” he said.

“I went to the area of the beach where Stuart had been located, along with John Morrison.

“I went back to the car park area at Tullan Strand and remained with John, Jake and David for a short period after this as they arranged transport to Sligo University Hospital.”

In a deposition read on his behalf, Dr Kieran Cunnigham, Consultant in Emergency Medicine said Stuart Hamilton was brought to the hospital at 2.04 am on September 4.

He was hemodynamically unstable with very low blood pressure, and he needed adrenaline.

A scan showed catastrophic injuries including a severe brain injury and spinal fractures.

“I spoke with the neuro-surgical team in Beaumont Hospital who reviewed Mr Hamilton’s scans and were of the opinion that he had an unsurvivable brain injury.

“After the scans I broke the terrible news to Mr Hamilton’s family and brought them in to sit with Mr Hamilton.

“He continued to deteriorate and died at 4.47 am in our resuscitation room and I pronounced Stuart Hamilton deceased”.

Coroner Eamon MacGowan said an autopsy was carried out on Mr Hamilton on September 6.

Brain scans showed chronic and irreversible damage to the brain.

There was a level of alcohol in his system which was in the toxic range.

The verdict of the Coroner’s Court was accidental death, the cause of which was an accidental fall from a cliff, with cardiac arrest on a background of brain damage.

The Coroner paid tribute to all those who worked so hard in getting Mr Hamilton to the hospital and who had helped him.

He sympathised with the Hamilton family who were present in court.