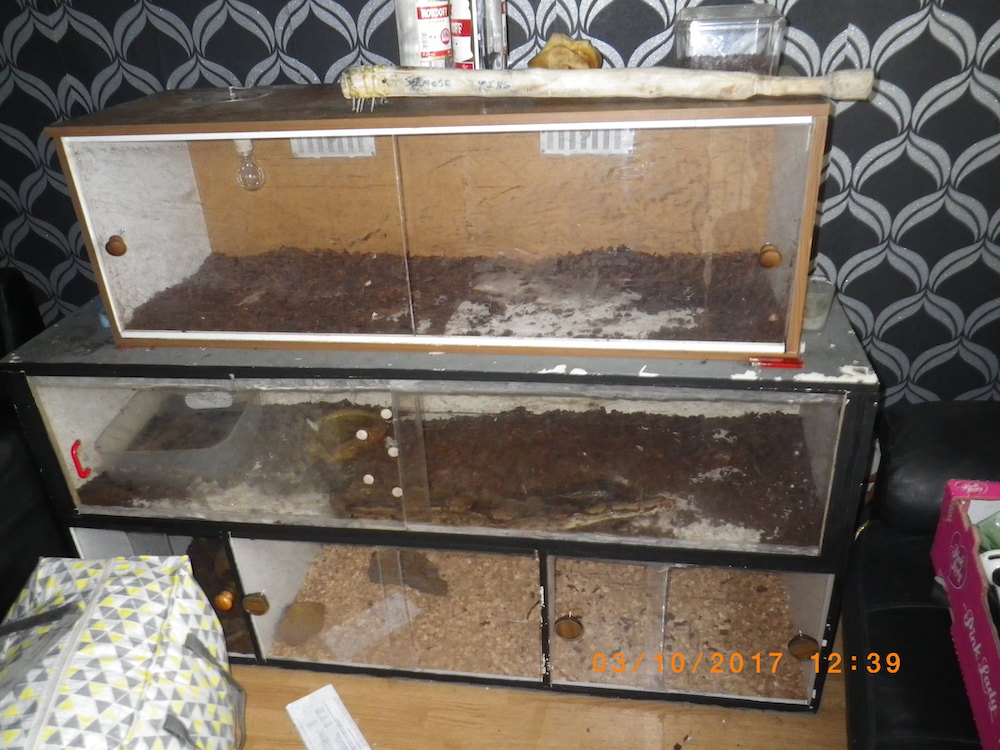 A Tandragee man has been convicted of keeping a “suffering” snake in a poor condition in a homemade vivarium.

Sean Burns, formerly of Ballybeg Park, Tandragee, was convicted of the animal welfare offence at Armagh Magistrates’ Court on Monday.

The defendant was charged with causing unnecessary suffering of an animal under Section 4 of the Welfare of Animals Act (NI) 2011.

On October 3, 2017, an Animal Welfare Officer visited the property.

On entry the officer observed a red tailed Boa type snake inside a homemade vivarium.

The animal appeared in poor condition and a vet was requested to attend the location.

The vet assessed the snake and determined it as suffering and it was removed from the property under Section 17 of the Welfare of Animals Act NI 2011.

Further assessment of the snake confirmed it had a mite infestation and was underweight and was suffering from scale rot.

The defendant pleaded guilty to causing unnecessary suffering to the snake. The magistrate fined him £400 and he was also ordered to pay costs of £318.

He was also disqualified from keeping reptiles for five years.

A council spokesperson commented: “We will continue to investigate all instances of animal welfare concerns brought to our attention and will use all enforcement powers available to us to take action against anyone guilty of causing neglect or cruelty to animals.

“We would also ask the public if they have any concerns regarding the safety or welfare of an animal to report it to the council on T: 028 3751 5800 or email animalwelfare@armaghbanbridgecraigavon.gov.uk.”