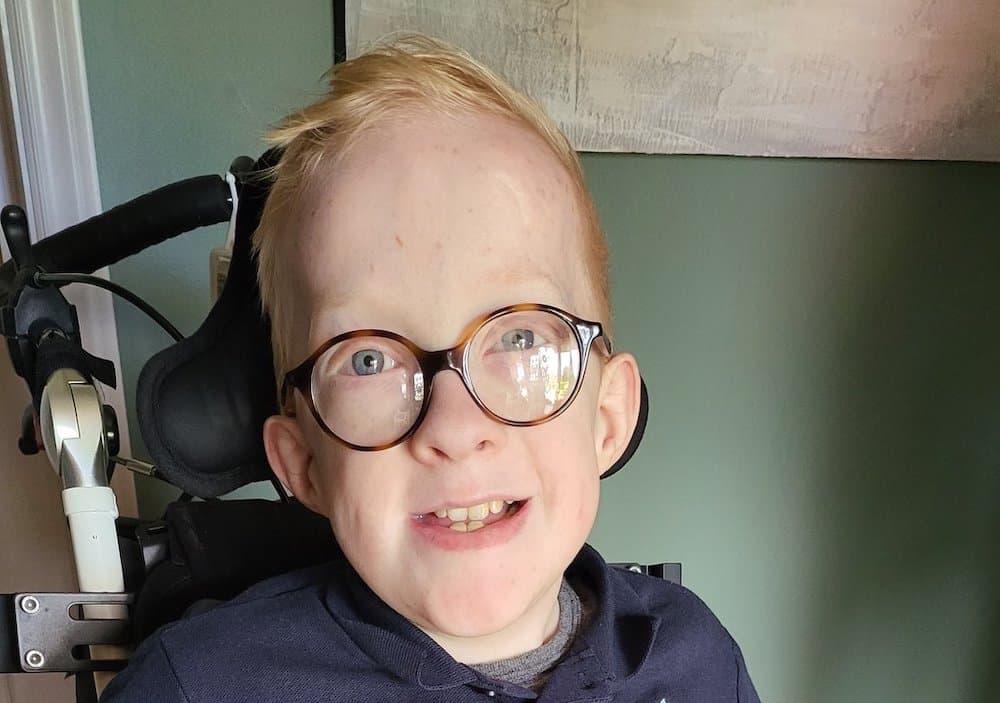 The family of Tandragee boy Blake McCaughey has asked for “positive vibes”  after he was taken into theatre for surgery today (Friday).

Thirteen-year-old Blake has a rare genetic disorder which means he cannot eat or drink and has to be fed through a tube.

He had just returned home recently after nine months in hospital.

Writing on his Twitter page, Blake’s Amazing Journey, the family said: “Please pray for Blake as he’s in theatre.

“Blake’s bowel obstructed on Wednesday at 3am and his ileostomy stopped working so surgeons have taken him in to remove part of his bowel. He’s a warrior but please send all positive vibes x.”

Please pray for Blake as he's in theatre, blakes bowel obstructed on Wednesday at 3am and his ileostomy stopped working so surgeons have taken him in to remove part of his bowel. He's a warrior but please send all positive vibes x pic.twitter.com/5yozlThXmT

Blake, who is a huge Liverpool FC and Belfast Giants ice hockey fan, finally returned home last month after nine months in hospital – seven of those at Great Ormond Street in London and the remainder in the Royal in Belfast.

His family posted up a smiling picture of Blake with the message: “After nine months, a lot of scares, a lot of new devices and different things going on we are home.

This is not the first fight the plucky youngster has had to endure major surgery.

In January, his family tweeted: “Blake had major surgery yesterday and remains in ICU. Please keep our boy in your thoughts and prayers. He takes on every fight with amazing courage and strength.”

Over the years, Blake’s inspirational struggle with illness has seen him get the chance to meet some of his sporting heroes, including rugby star Rory Best and golfer Graeme McDowell.

Just last year, his nomination of Antrim nurse Tracy Close, for her care during his time as a patient at the Royal Belfast Hospital for Sick Children, won her a Dale Farm community goodness award.

Blake told the judges:: “What I love about Tracy most is she’s kind and does lots to help me deal with things.

“She talks to me and explains things so well. She’s held my hand and helped all my doctors do things when I’m not feeling brave enough. Tracy has been here a long time and all the kids she looks after think that she’s amazing.”