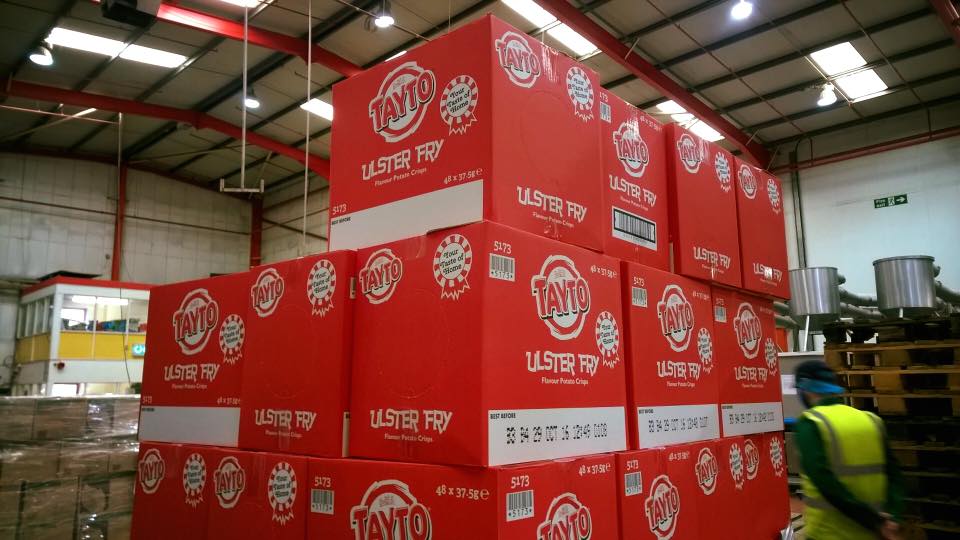 An affiliate company of Co Armagh-based Tayto has bought three more vending companies – and will add a further £15 million to its annual turnover as a result.

The deal also brings another 200 employees on to the Montagu Group’s books.

Just weeks after announcing the purchase of Cambridge Vending, the Montagu Group – owned by the Hutchinson family from Tandragee – has completed another major acquisition.

The deal was completed after the appointment of administrators to the various businesses.

Montagu director, Paul Allen, said: “When we recently announced the acquisition of Cambridge Vending, we were already working on this deal as we see vending and ‘consumption on the go’ as a key area of expansion for us.

“It also broadens our geographical reach as the company has offices in London, Newport, Blackburn, Coventry and Liskeard and franchisees across the UK.

“We are delighted with the addition of almost 200 employees to our group and a further £15m of turnover.

“Our added scale and geographic growth now places us as the largest British-owned vending company.

“Snack-in-the-Box and Drinkmaster add new complementary areas for us. Snack-in-the-Box is a UK-wide franchise operation, run through local franchisees who provide honesty boxes and vending machines.

“Drinkmaster manufactures and supplies sealed hot drinks such as coffee, tea, hot chocolate and soups, the sort of thing you often see on aeroplanes.

“All of these businesses have shown a real flair for innovation and pushing technological boundaries and that’s something we see as essential to our continued growth in the vending market.

“We look forward to meeting all of our new customers and building on the existing relationships they already had.”

Fast-growing, specialist vending-solutions company, Montagu Group Limited, is an affiliate of Tayto, which is also owned by the Hutchinson family.

The group has completed a number of major acquisitions since its inception in 2017 and now turns over nearly £50 million per annum and employs nearly 600 people.

Tayto Group Ltd is the biggest UK-owned crisp and snack manufacturer, producing five million bags a day across its six UK sites.  The company remains family-owned and its headquarters are Tandragee.