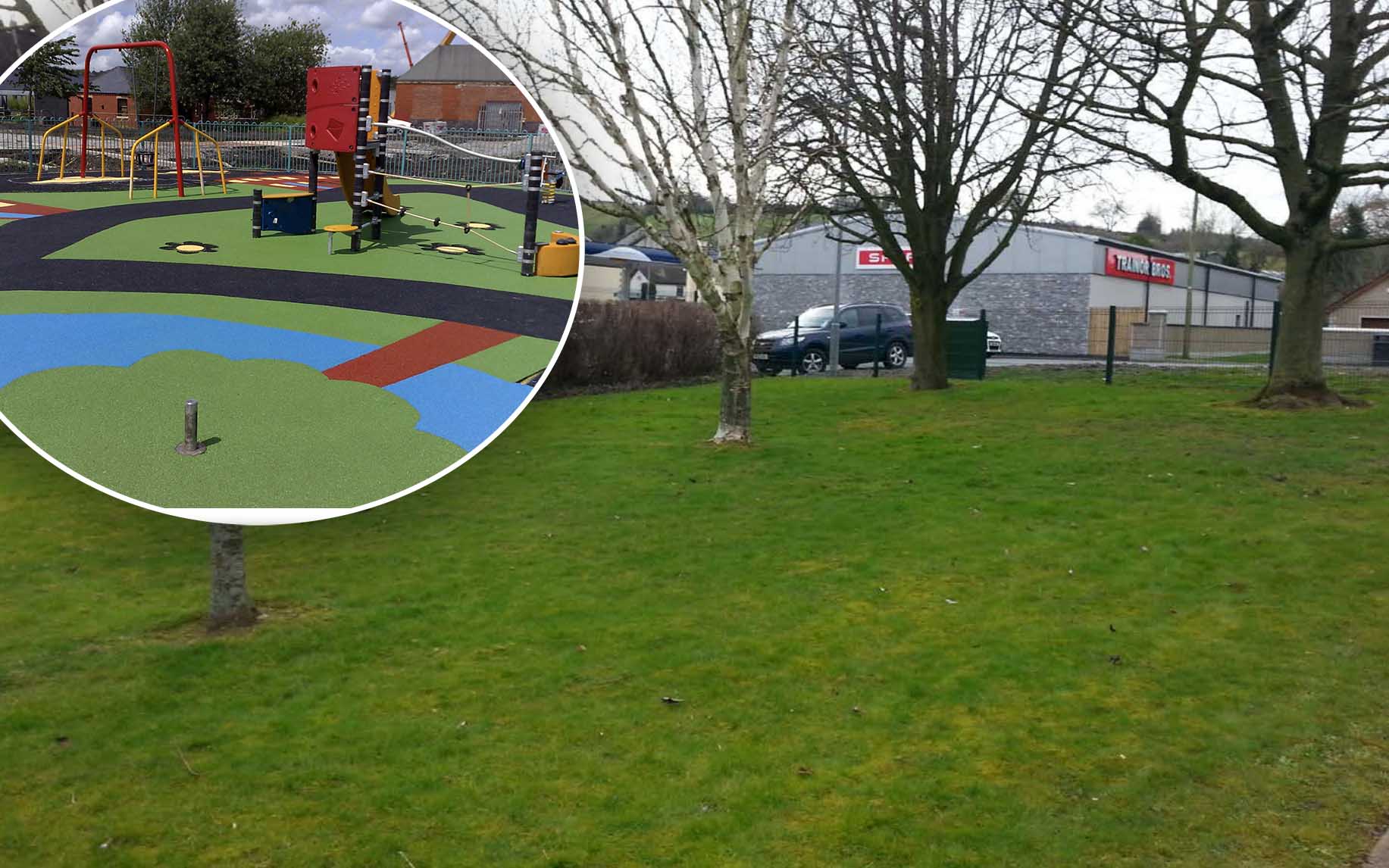 A new state-of-the-art play area should be in place in Poyntzpass by the summer months.

Plans for the development were available to view for councillors attending Monday’s meeting of Armagh City, Banbridge and Craigavon Borough Council.

It is now 13 years since the need for play facilities at Poyntzpass were first raised in the chamber of the former Armagh City and District Council.

That was by former Lord Mayor Sharon Haughey-Grimley, who has expressed her delight that the process is now so well advanced.

The public will now be available to view what has been proposed.

Speaking after seeing for herself what is intended, Councillor Haughey-Grimley said: “I am absolutely thrilled to view the exciting plans for play facilities for Poyntzpass.

“The play area will be dual use and will be based on the grounds of Poyntzpass Primary School but will be accessible for all the children of Poyntzpass village and surrounding area.

“We have had a long struggle since then to secure a suitable and affordable site and have spent years attempting to deliver this project. But I was determined to keep the pressure on until the council delivered play facilities for the village and it gives me great satisfaction to view these plans tonight.”

At the councillor’s request, the plans will be forwarded to Poyntzpass Regeneration Committee for display in the village over the coming days.

“This project is expected to be completed for the summer, when all the children of Poyntzpass and surrounding areas can enjoy their new facilities together,” added Councillor Haughey-Grimley.

“I know the people of Poyntzpass will welcome this project finally being delivered I’m only sorry it took so long.

“I would like to thank the council team who worked on this project as far back as the old Armagh Council and especially to Paul Hanna and Gerard Houlahan for their commitment to the project over the last 13 years.

“I now look forward to the official opening of this new state-of-the-art play facility and hope former Councillor Robert Turner will also join us for that as this is something we worked on together for the entire community.”