‘Soldier F’ banners in Banbridge, Markethill and Tandragee ‘an insult to families’ 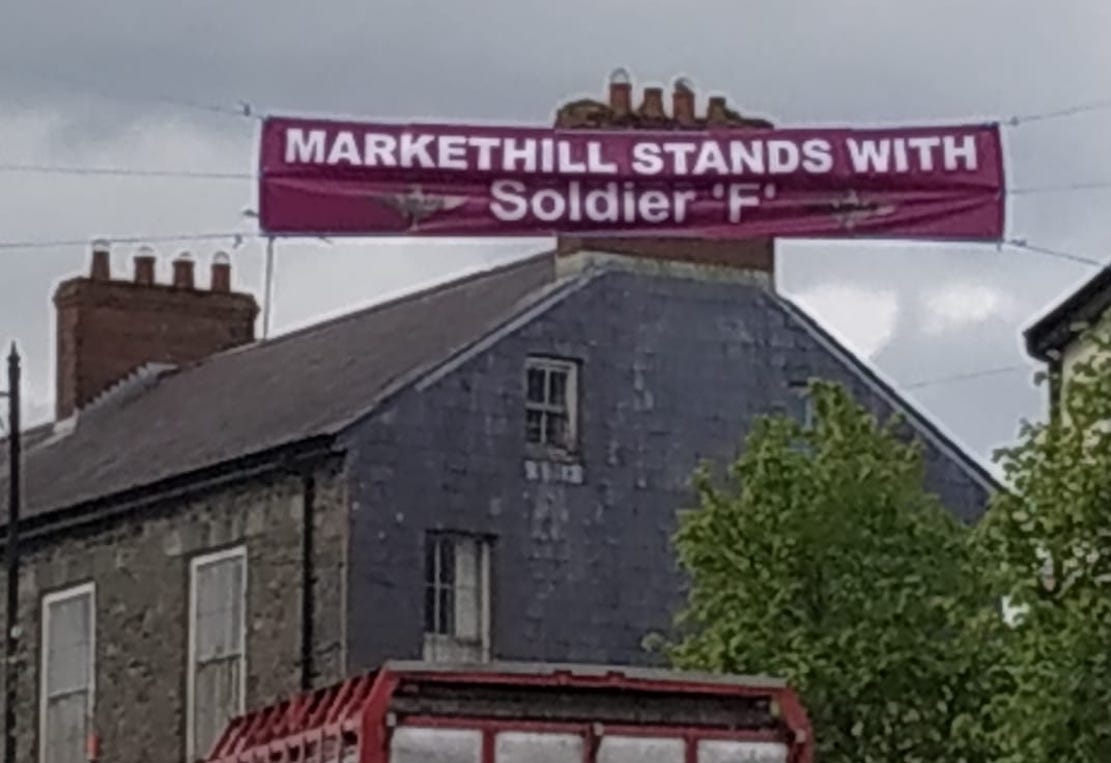 Banners erected in Banbridge, Markethill and Tandragee are designed “to cause hurt” and “cause community division”, according to Sinn Fein.

Sinn Féin MLA John O’Dowd has called on authorities to remove two banners from Banbridge town centre while councillor Brona Haughey says banners erected in Markethill and Tandragee “do nothing only intimidate”.

Mr O’Dowd said: “These banners, proclaiming support for a murder suspect of innocent civilians on the streets of Derry, is not appropriate.

“The rate at which these banners are appearing is a reflection of the failure of authorities to act.

“The silence of the PSNI, Road Service and political unionism is deafening.

“These banners should be removed immediately.”

His party colleague, Brona Haughey, added: “Markethill residents have been in touch with me today about the most recent Soldier F banner having been placed on the Main street.

“These banners do nothing only intimidate, raise tensions and insult the families of those injured and killed at the hands of the British Army.

“I have reported these to the relevant authorities and ask that those who are putting up these banners remove them immediately.”

The soldier, known as “Soldier F”, is charged with murdering two people when soldiers opened fire on civil rights demonstrators in Derry/Londonderry in January 1972.

Many people have shown support for Soldier F, with hundreds attending a public rally in London and Stormont last month.

The Ministry of Defence said the charges have been brought by the Northern Ireland Public Prosecution Service, which is independent of the Government.

A Government spokesman said: “We are indebted to the soldiers who served with courage and distinction to bring peace to Northern Ireland.

“Although the decision to prosecute was taken by the Northern Ireland Public Prosecution Service, which is independent from Government, we will offer full legal and pastoral support to the individual affected.”