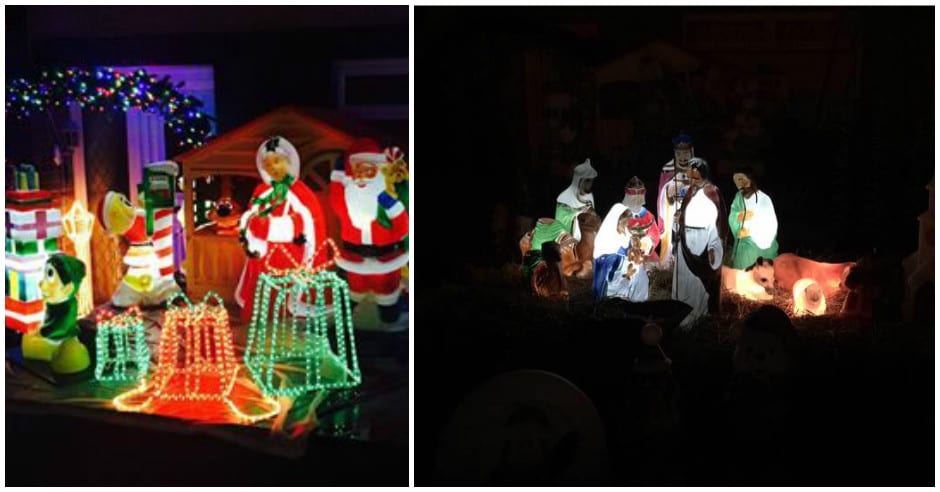 A County Armagh teenager will be keeping the real meaning of Christmas alive with a spectacular lights display – and raising vital funds for charity.

But he has been lighting up for Christmas for many years now to raise money for Marie Curie.

And, despite a family house move from Lurgan to Tandragee, the university student is keeping the tradition alive and, in fact, this year will be his biggest yet!

The display features many types of lights to make up the full Nativity, an eight-piece Choir and Carollers section and Santa’s Workshop scene.

As if this was not enough, there is quite a variety of snowmen and a new North Pole scene.

With even more lights than before there is much to be seen and admired during a visit to Tim’s Lights.

Each year, Tim and his father, Mark, add more lights to the display in order to share the real meaning of the Christmas season – the birth of Jesus – while putting a smile on everyone’s faces and raising money for the well known charity, which is very close to their hearts.

This year is no different as the Christmas lights duo seek to make an impression at their new family home.

Tim said: “We cannot emphasis enough that all our existing and new supporters alike are more than warmly invited to come and visit the display at its new home.”

Located at 83 Armagh Road, Tandragee, BT62 2HS, the switch-on night will also see the launch of a festive competition which has been supported by a number of local businesses.

The lights display will run daily from 4.30pm until 10pm.

All donations made through the on-site donations box or justgiving web donations platform will go to the charity.

The Facebook page can be found at www.facebook.com/TimsLightsNI or by searching @TimsLightsNI in the search bar, where all the up to date information regarding the display can be found.

Tim also would like to thank the businesses who have once again come on board to support the growing display.

He added: “All the businesses will be recognised on our website and Facebook page through ‘Supporter Profiles’ throughout the month of December and on the on-site banner as we could not do this display without their support.”