Kind but broken-hearted villagers rally round to raise over £3,300 to ‘remember Jay’ 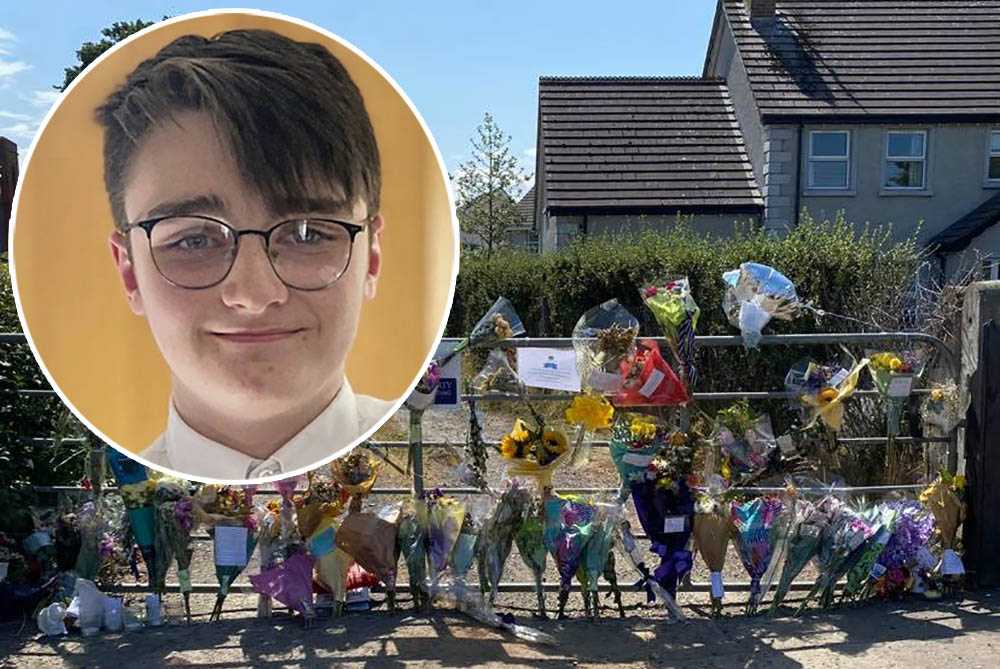 Kind but broken-hearted villagers in Scarva have been showing their overwhelming support for a community fundraiser in memory of Jay Moffett, who tragically lost his life early last week.

The 13-year-old schoolboy entered the water at a lake in Scarva on Monday but later died at Craigavon Area Hospital.

On Friday, a funeral service was held for Jay, the darling son of Caroline and Wayne and brother to Ollie and Daisy, at the family home at Scarvagh Heights. Firefighters had provided a guard of honour along the route as the cortege left the housing development for the last time.

Mourners had been asked specifically to wear white or light coloured clothing and there was an amazing response to that family appeal.

Later that evening, after Jay had been laid to rest at Banbridge New Cemetery, fireworks lit up the skies over the tiny rural village in memory of the popular young lad.

At a lane leading to the lake where he lost his life, flowers and other tributes have been laid throughout the week, with balloons tied to the gate and candles lit by those who came to pay their respects.

Jay, a past pupil at Scarva Primary School, had been attending Tandragee Junior High, where the school recalled him as a “popular, helpful and very pleasant pupil” whose “potential was boundless”.

The Moffett family are well-known in Scarva and have been for many, many years. Mum Caroline owns the Shady Lady nail salon, while grandparents Tom and Hilary Greer are the popular proprietors of the village pub, the Park Inn, on the other side of the street.

The village of Scarva has its own local community page on social media under the umbrella of ‘Our Wee Village’.

And this weekend, it has been involved in getting the word out on a locally-organised fundraiser
page which has been set up.

‘Remembering Jay: Our wee village showing support’ was only established on JustGiving on Saturday.

And in just 24 hours the community had rallied round and smashed that target, with £3,300 having been raiseed by tea-time on Sunday.

It states: “Our wee village has this week been shattered by the tragic and sudden loss of Jay Moffett.

“We are all heartbroken for his parents Wayne and Caroline and his whole family circle.

“Grief as we know does not stop with the funeral and this couple and their young children now have to adjust to a life they have never known before.

“This page is to show that we are thinking of them and offer our support in the little way we can.

“Sending all our love, thoughts and prayers for the tough days ahead.”