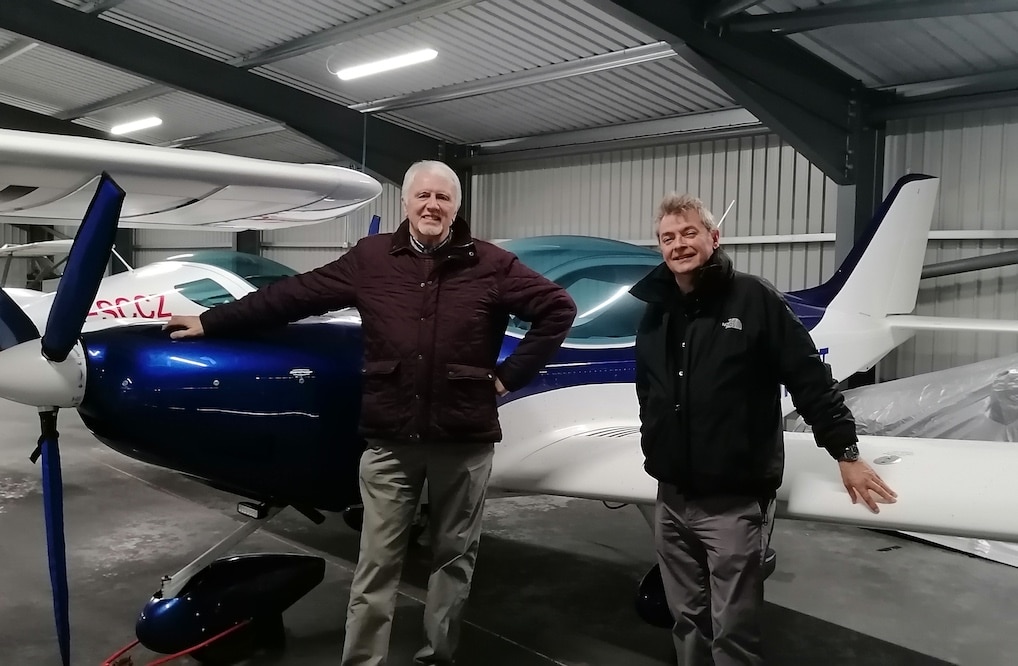 Looking at the world from a different perspective is something Raphael O’Carroll believes everyone should do at least once in a lifetime.

That perspective is from the sky, where Raphael and his fellow aviator Liam Lynch, have spent quite a bit of time throughout theirs.

Raphael is the owner and chief flying instructor at his flight school, Kernan Aviation in Tandragee. The pair have been breaking records in the skies with a series of challenges for a very worthy cause.

In 2013 Raphael’s daughter Christine was diagnosed with a brain tumour. Tragically, she passed away three and a half years later, but over Easter in 2015, her father got to spend five days he will never forget – flying around Ireland with Christine.

They set out to land in as many of the 198 airfields dotted around the country as they could. All the wile raising awareness and donations, the Christine O’Carroll Research Fund, as well as Marie Cure and the Irish Cancer society.

After Christine passed away, Raphael and his wife Betty continued to raise money for the fund that they set up when they realised how little research has been done on brain cancer, which is the leading cause cancer death in under 40’s, and it is the least researched area.

Raphael, who milked cows on his farm in Tandragee for a living, always had a fascination with flying. He began with a dream, and over the years transformed that dream into reality by learning to fly, becoming an instructor, buying a small light aircraft, and bit by bit building his aviation school.

Meanwhile, Liam caught the bug when he was just a child in his native Derry and followed his heart by learning to fly at Aldergrove before becoming an instructor at Kernan’s Aviation.

After that first adventure with Christine, Raphael was ready for more. He has flown from Malin Head to Mizen Head in a day but there were records waiting to be broken.

In 2017 Raphael and Liam raised over £30,000 for brain cancer research and also became the first aviators to land in every one of the 32 counties in a day.

It took Liam a couple of years to forget the sore backside that ensued but he got back on the saddle – so to speak – and on October 11, 2020, after six months of meticulous planning, the dynamic duo broke another record in Christine’s memory – landing in all of the international commercial airports in the country in their small Sports Cruiser two-seater aircraft.

For this episode of Armagh I’s podcast, proudly sponsored by Blackhill Energy, Raphael and Liam tell us all about their adventures, the joys of flying, and they come up with their next challenge.

You can find The Christine O’Carroll Research Fund on Facebook if you wish to donate.