There was blood coming out of her ears and her hair was matted with blood the next morning; she had cuts above and below the left eye, as well as bruises all over her body. 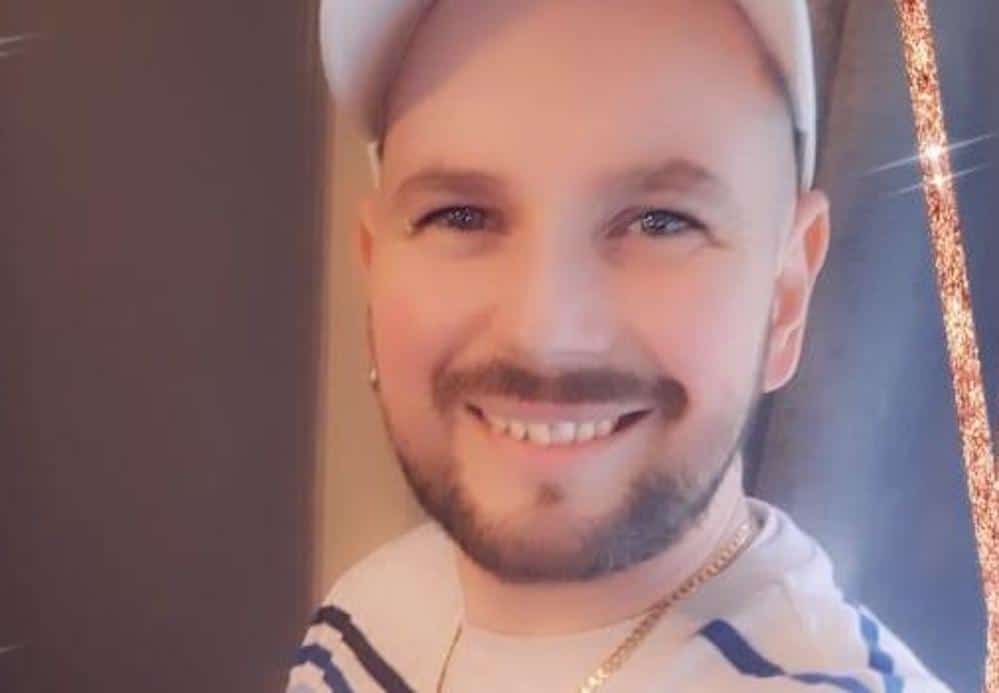 A County Armagh man, who beat his girlfriend so badly she woke up the next morning on the kitchen floor covered in blood, has been sentenced to nine years in prison.

Mark Dunlop, of Ballynick Road, Loughgall, was also handed a three-year extension to that sentence, in what His Honour Judge Gordon Kerr KC said was for the “protection to the public” following a series of vicious, violent assaults and threats carried out against his then partner between June 2019 and April 2020.

The 36-year-old appeared before Newry Crown Court, via video-link from Maghaberry, for his sentencing and as the judge read out a chronological series of horrifying events, Dunlop, dressed in a white Ellesse jumper, sat without expression as his fate was delivered.

Judge Kerr told the courtroom that on June 1, 2019 the defendant first assaulted the victim in the kitchen of her Tandragee home.

She was screaming at him to stop and believes that she lost consciousness because “it was nighttime and dark when the assault happened, and it was daylight when she woke up in the kitchen”. When she awoke, she found Dunlop in the dining room drinking wine and crying.

During the attack she said she feared for her life. There was blood coming out of her ears and her hair was matted with blood the next morning. She had cuts above and below the left eye, as well as bruises all over her body.

Dunlop wouldn’t let her look in the mirror such was the severity of her injuries but she managed to catch a glimpse of her battered face in the bathroom mirror.

The victim wanted to go to the hospital and had asked Dunlop to call an ambulance.

The defendant then told her to say it happened when they were “messing about”, so she lied to her mother, sister, neighbour and the hospital staff as he had instructed because she says “she felt sorry for him”.

The court heard that he told the victim “he was stressed and he promised he would never do it again”.

The injuries consisted of a cut to the back of the head, missing hair, a cut below the left eyebrow, two black eyes, and a swollen jaw. Her teeth were not closing properly, she had bruising to her face and slight bruises over the rest of her body.

She could not eat and she could not talk properly. Ten days later she went to hospital because of the severe pain in her jaw, and she was having difficulty talking and eating. An X-ray confirmed a fracture.

The medics considered insertion of a plate but opted to let the break heal without intervention. The defendant had accompanied her to the hospital and warned her to lie to medical staff and say that she’d been attacked by an unknown person which is what she told hospital staff.

Again, in December 2019, while in the dining room of her home, seated on a breakfast stool, the defendant, while on the phone to his brother, told her “to shut her effing mouth or I’ll shut it for you” when she disagreed with his brother, before punching her in the mouth, knocking her to the ground.

On February 9, 2020, the court heard how an argument had developed when Dunlop told the victim to delete her sister from Facebook. He again complained that she was answering him back.

As she tried to leave the room he told her she was not getting away that easy and he punched her to her face multiple times causing her to fall off the stool she was sitting on.

She said she believed the defendant was trying to knock her teeth out as he repeatedly punched her face. When she raised her hand in protection he then hit the back of her head while she was on the ground. He also smashed her mobile phone off the ground.

She tried to make contact with her sister numerous times and telephoned her mother for help. As she stood outside her front door the defendant came out and got in his car and drove away while shouting that “if she did not shut her mouth he would kill her” and also threatened to kill her mother and father.

The next morning, the complainant contacted her GP and reported that her partner had assaulted her. She awent Craigavon Hospital for an X-ray but due to a large number of people waiting she left and went to Dungannon where the X-ray machine was broken.

Due to COVID restrictions she was unable to attend hospital. A few days later, she attended to the dentist and made a disclosure to the dentist.

The dentist confirmed the injury as a tingling sensation on the left side of the face, limited mouth opening – consistent with the history of domestic assault.

The dentist concluded that in her opinion, the injuries she saw on February 12, were consistent with a history of assault.

The court also heard that on February 19, during a Facebook Messenger conversation, Dunlop threatened the complainant, that if she did not retract her allegations made to the dentist, he would reveal naked images of her.

Then on April 7 – the day of the victim’s first report to police – Dunlop had been drinking and celebrating as they learned that day his partner was pregnant.

However, as he got drunk he became abusive, blaming her for the COVID pandemic and said it was “her fault he wasn’t able to see his children from a different relationship”.

He pointed his finger in her face and brought his clenched fists within inches of her face, while foaming at the mouth with his teeth clenched.

Due to his high level of aggression and past history for assaulting her she feared he was going to strike her. Her fear was heightened because her children were at home that night. She took the first opportunity she could to contact the police.

During the 999 call she said to the call handler: “I would like to get the police out, my partner’s drunk and he’s getting a bit angry and violent….can you say somebody else made a call or something because of the noise.”

The defendant was arrested and denied all the charges against him – and continues to do so despite his conviction after trial.

Judge Kerr told the court about Dunlop’s 34 previous convictions, including an assault on a former partner.

Judge Kerr added: “The pre-sentence report shows that the defendant has five dependents from four different relationships and has contact with all of his children apart from one.

“He claims that these accusations result from the fact that the victim wished to have a child with him and that he would not agree to that; that the allegations were made by her to try and maintain control of him.”

Described by probation as having a high likelihood of re-offending, Judge Kerr handed the nine year prison term with an extension of three years, which will be served on licence.

He was also handed a 20-year restraining order against the victim.