Neighbours in Railway Street, Church Street and Chapel Street will be informed directly of the proposals 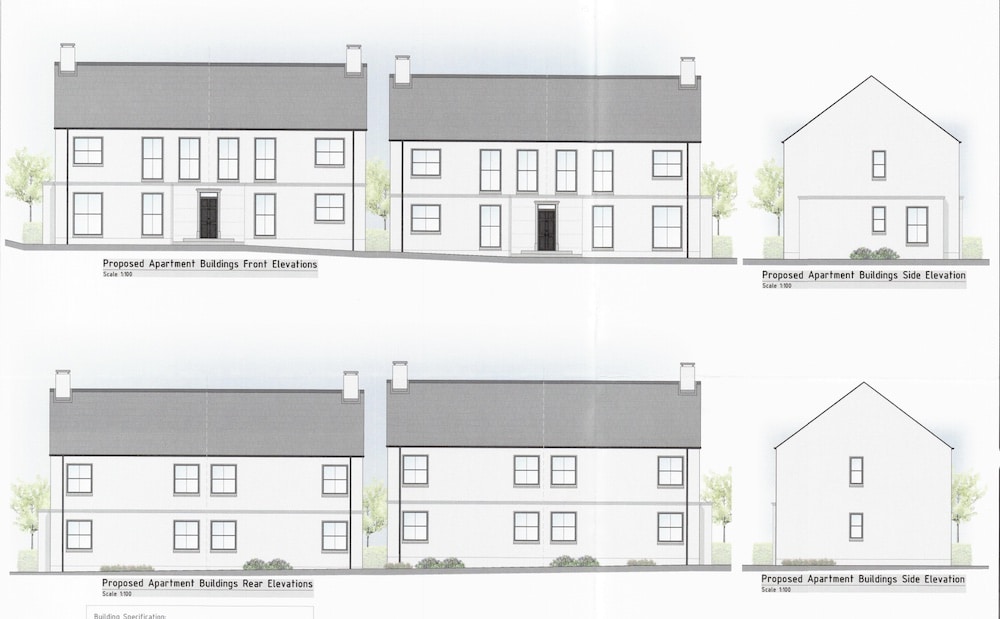 A new development of apartments could be built in Poyntzpass.

Proposals have been drawn up for a site in the centre of the village and would represent a significant investment by a private developer.

An application for the new-build block has been lodged with Armagh City, Banbridge and Craigavon Borough Council.

If would, if successful, see the construction of eight two-bedroom apartments.

The proposals also include associated site works, car parking and landscaping, together with the upgrade of the existing access

The site in question is described in the submission as “vacant development land” and located 30 metres north of 2 Railway Street, Poyntzpass.

Neighbours in Railway Street, Church Street and Chapel Street will be informed directly of the proposals.

The application – in the name of Newry-based EKD Properties Ltd – is now with council and will be publicly advertised shortly.