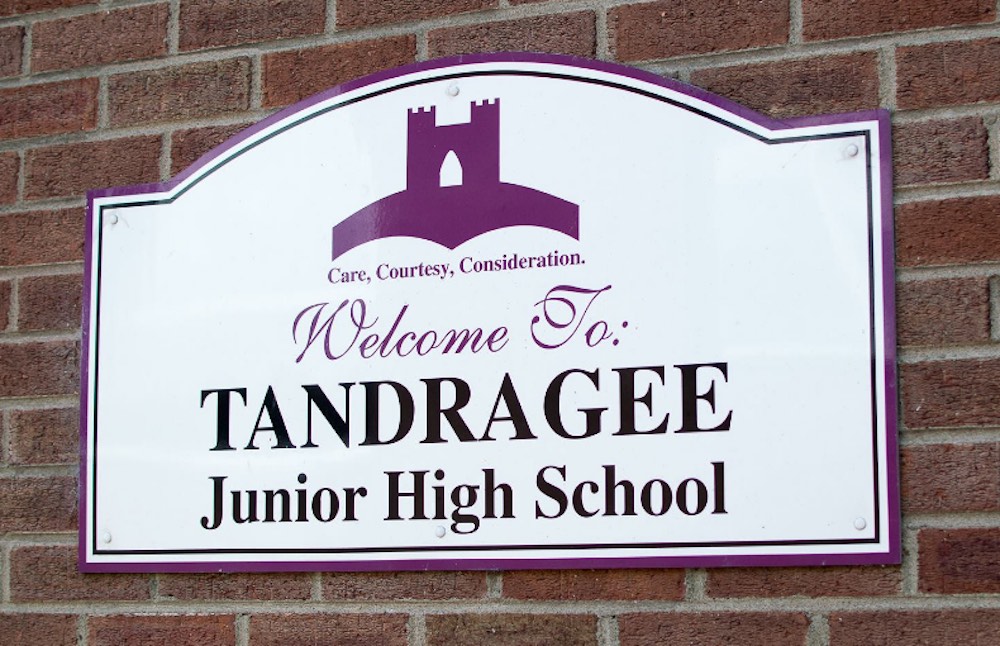 The first stage of the process to appoint an integrated consultant team to design a new-build school for Tandragee Junior High is “imminent”.

But it could be four years before the construction will be financed.

The information was provided by Education Minister Peter Weir in response to a question tabled by Newry and Armagh MLA William Irwin.

The DUP MLA had previously had it confirmed that a new-build was in the pipeline for the County Armagh school.

Earlier this summer it was revealed the Tandragee school was among nine which announced to benefit from a £156 million major capital works programme.

Those works will mean a completely new-build premises on an entirely new site.

Mr Weir said last month: “The first step will be agreeing the schedule of accommodation for the school, based on the approved enrolment number.

“A site search to identify potential suitable sites for a new school build will also be commissioned from Land and Property Services.”

Mr Weir said a design team will also be procured, who will undertake a technical feasibility study, which will identify feasible options to be explored in a business case.

“The business case will identify the preferred option to be progressed,” he added. “Following business case approval the project will progress through the Royal Institute of British Architects (RIBA) design and construction stages.”

Mr Irwin pressed the Minister on the matter further.

In a separate written question tabled, he asked for an indicative timeframe – if available – for the project stages.

Minister Weir has just responded and confirmed: “It is anticipated that the first stage of the procurement process to appoint an integrated consultant team (design team) will commence imminently.

“Unfortunately, until this process is complete and the design team in place, it is not possible to provide a detailed programme for the project.”

But the Minister also said he did “not anticipate construction spend on recently announced projects until the 2024-25 financial year”.