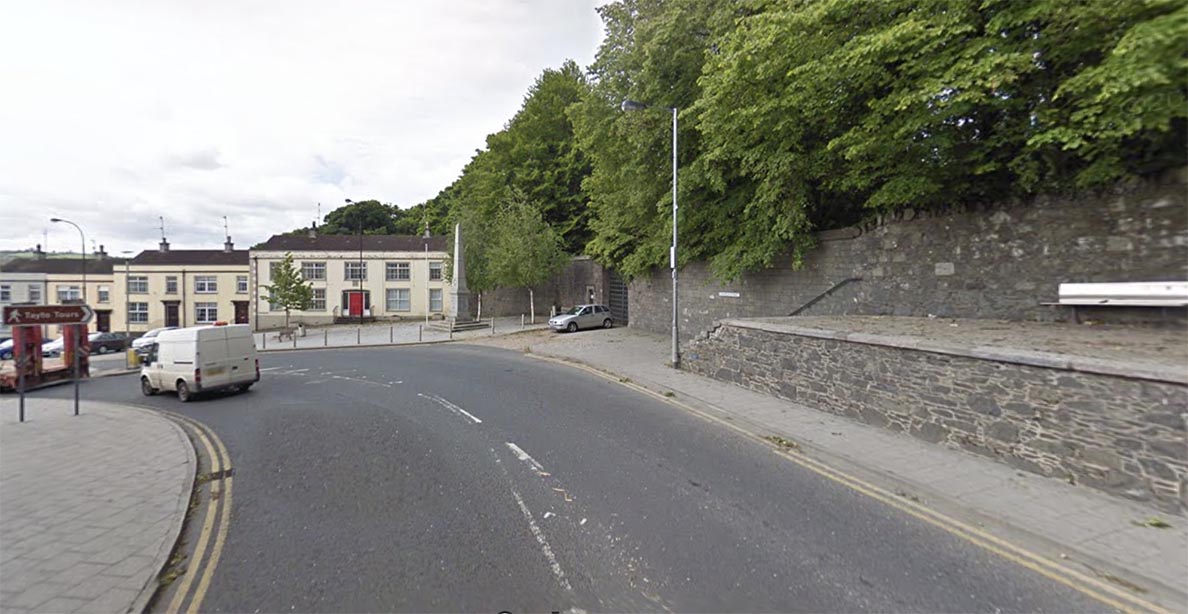 Members of Armagh City, Banbridge and Craigavon Borough Council’s planning committee have approved a planning application that will see public realm improvements made in Tandragee.

A report presented to members of the committee notes the area in question is known locally as The Mall and is a walkway elevated from Church Street and accessed by steps to the north and south of the site.

It is noted the surface of the walkway is tarmac but has deteriorated and the report also highlights the fact there are currently no railings along this walkway except at the steps at the northern side of the site.

Approval has also been granted to alter the height of the wall of Tayto Castle from 1.1 metres to 2.8 metres using local basalt which will match the existing walls.

The new section of the wall will be set back to highlight the difference between the old and new elements.

The new handrails will be 40mm in diameter and will be galvanised with a black painted finish. The new surface is to be resin bound with an aggregate of between one and three millimetres and will be golden quartz in colour while the existing seating will be replaced with traditional style benches and bins.

A design and access statement that accompanies the application notes the works are needed for a number of reasons, including for public safety as there is no safety railing at present between the edge of The Mall and the public footpath which is at a lower level.

Commenting on the application, the Chair of the committee, Councillor Peter Lavery said he thought it would be a good idea to have a railing at this location.

“I think it would be good to have a railing along that walkway, it seems there is quite a drop there and a handrail to get up to it will help as well,” he said.

“It seems to be a very reasonable application to approve in my view.”

“I would welcome this proposal, the walkway has been like this for many, many years and to do this and bring it up with traditional type materials, I think it appears to be a well thought out development and will add to the look of Church Street in Tandragee,” he said.

“I would certainly propose the acceptance of these applications – both the full application and the listed building consent application.”

Councillor Tim McClelland said he would concur with what the officers have said and seconded the proposal to accept the recommendation to approve both applications.

The chamber then signalled its agreement with both proposals.