Expected to represent a significant investment, the two-storey development will be used to train future ministers for the Free Presbyterian Church of Ulster 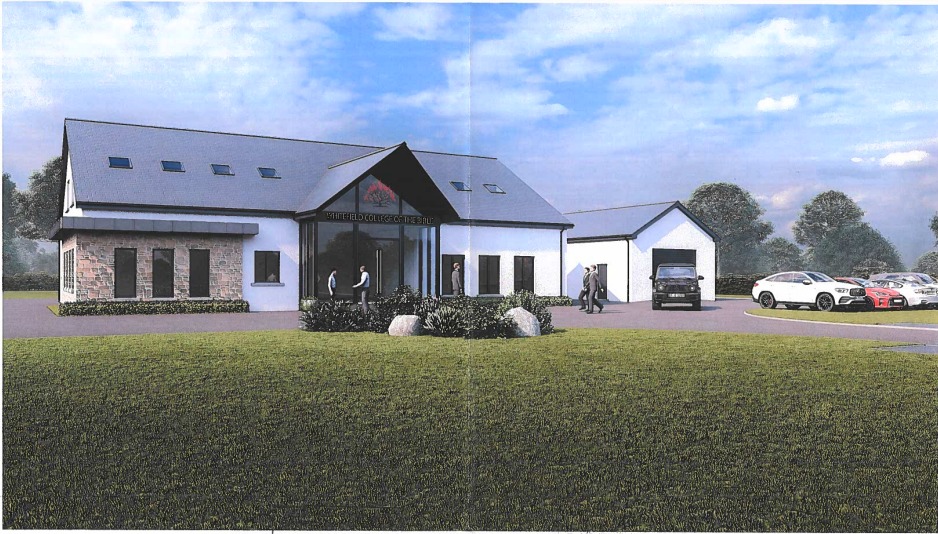 The Free Presbyterian Church is hoping to build its new Bible Training College in Tandragee, Armagh I can reveal.

Proposals have been drawn up for the development, a short distance from Tandragee Free Presbyterian Church, at Willowfield in the town.

Expected to represent a significant investment, the two-storey development will be used to train future ministers for the Free Presbyterian Church of Ulster, which was founded by the late former Northern Ireland First Minister, the Rev Ian Paisley, some 70 years ago.

An application for the building has been submitted to Armagh City, Banbridge and Craigavon Borough Council in the name of Whitefield College of the Bible.

Currently based on the Banbridge Road in Gilford, Whitefield is an independent theological college which was established 40 years ago by the Free Presbyterian Church of Ulster.

It offers a four-year course which is compulsory for those hoping to gain entry into the ministry of the Free Presbyterian Church.

The new building, if given the blessing of ABC Council, will be built on what is currently described as “agricultural lands”.

The development would include a detached garage and car parking facilities too.

The training college would offer floorspace in excess of 6,300 sq ft.

The ground floor will include a lecture room and a large boardroom, as well as the principal’s office and secretary’s office, located next to the entrance lobby.

There would also be an ‘Historical Society Strong Room’, as well as male and female toilet provision, a first aid room, as well as storage and boiler room.

The first floor would offer a second lecture room, large library, a small boardroom, a student study room, and a kitchen and student relaxation room.

Both floors would be connected via stairs and lift.

Papers submitted to council indicate the new development would see on average 23 people attending the premises daily – three of them ‘staff’.

According to a traffic assessment, the average number of students daily would be 20, with several sharing lifts due to travelling from over a wide area to attend college. It would be “broadly operating” within normal working hours.

Various lecturers would be arriving and departing throughout the day too.

The assessment states: “Committee meetings of similar numbers will be held at the building on various week nights.” But again it adds there would be “no adverse effect on the surrounding area”.

Neighbouring residents of Knightsbridge, Turnberry Green, Portadown Road and Willowfield, Ballymore, will be notified of the proposals.

They are due to be publicly advertised next week before council officials consider plans and bring a recommendation back to the planning committee for final decisions.