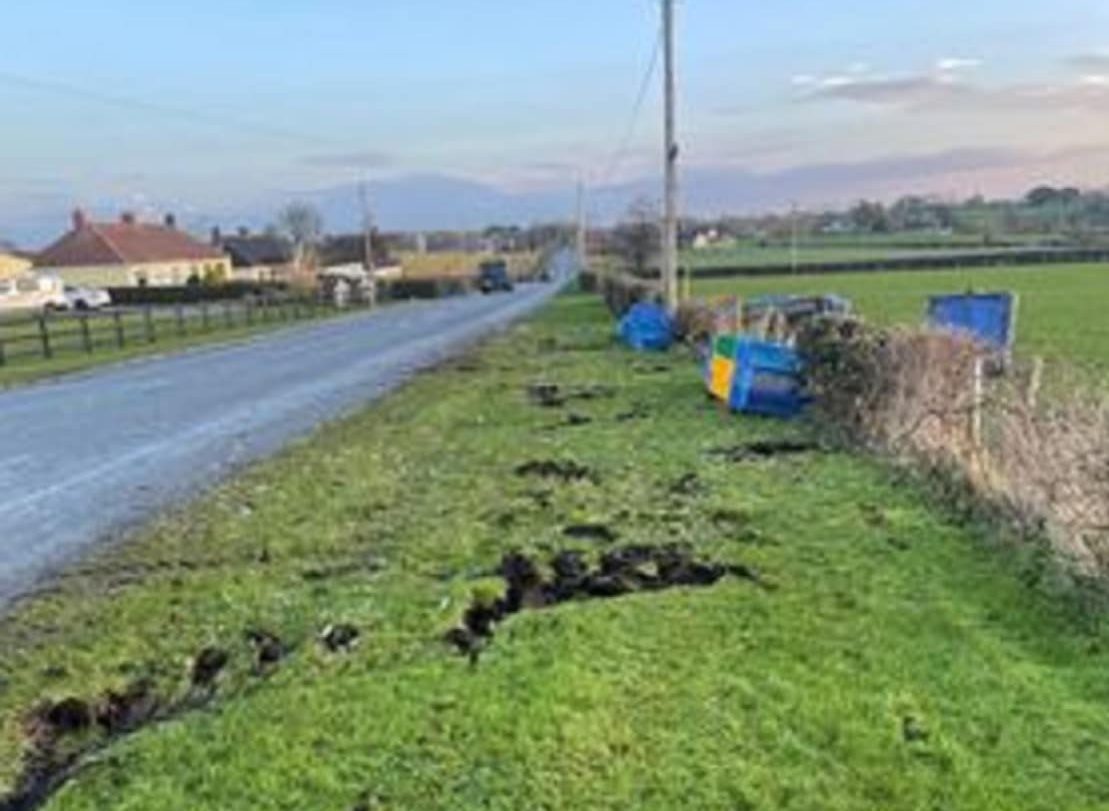 A number of chickens were killed after a lorry shed part of its load just outside Tandragee yesterday (Monday) morning.

The lorry veered off the road at the junction of the Markethill Road and the Aghory Road shortly before 8am.

Police said a number of chickens died while others were uninjured.

“Officers attended following the report to provide traffic control in the area,” a PSNI spokesperson said.

“The driver of the lorry was issued with a fixed penalty notice at the scene and the Department of Agriculture was also contacted.”

One resident said his wife and daughter had a narrow escape.

“[They] walk to that lay-by to get the bus. Just as well they were five minutes late or the lorry would have taken them both,” he said.

“The chickens and cages were all over the road, on the road verge and in the field.”

Images sent to Armagh I (too graphic to publish) show the remains of some birds still at the roadside.

Police have asked anyone who witnessed the collision, or may have dash-cam footage that could assist with enquiries, to contact them on 101 quoting reference number 234 of 09/01/23.