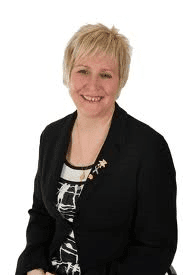 Two elderly residents of an Armagh housing estate are too afraid to use the steps outside their homes, City Councillor Cathy Rafferty has said.

She was speaking at a recent meeting of Armagh City and District Council’s Public Services Scrutiny Committee when she said clarity was required as to which agency or agencies were responsible.

Cllr Rafferty referred to houses in Banbrook Hill which could be accessed via a set of steps on a steep slope. She indicated that the issue had been ongoing for some time and she had held meetings with the Northern Ireland Housing Executive, Roads Service and Armagh Council officers in relation to the wall and steps.

Cllr Rafferty said the wall to the left-hand side of the steps as you ascended was “bulging and very dangerous” and the problem was that no agency seemed to know who owned the land and was responsible for the steps and walls which surrounded it.

Cllr Rafferty emphasised that a co-ordinated effort was needed and said some residents had written and asked for their house deeds because apparently they had purchased the land at the same time as they bought their home, but there was no detail of that on the deeds.

She believed that a multi-agency approach could be required to rectify the issues with the walls, railings and steps and asked that officers make enquiries with other agencies.