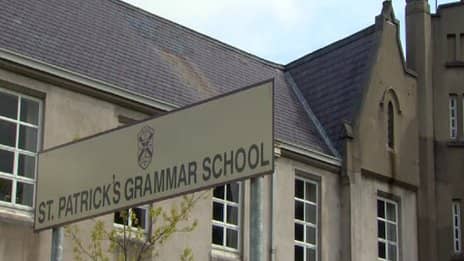 After months of rumours and proposals it has been announced that St Patrick’s Grammar School, Armagh is to expand and end the use of academic selection with St Brigid’s High School to close completely

Education Minister, John O’Dowd approved the proposals with the official announcement made this morning.

St Patrick’s Grammar School will move to an entirely non-selective admissions arrangement with immediate effect. The school will also, over a two year period, undergo a phased expansion up to 1,240 pupils. Over the same period St Brigid’s High School will cease to admit year 8 and year 11 pupils and will close no later than 31 August 2016.

Commenting on the decision, Minister O’Dowd said: “This is an exciting and progressive development for post-primary education in the city of Armagh. The evidence, both local and international, is clear: mixed ability schooling can deliver better outcomes for everyone. The top education systems around the world combine excellence with equality of access.

“We have already seen two schools, Loreto College in Coleraine and the newly amalgamated grammar school in Lurgan, remove the use of academic criteria for the admission of pupils. I commend the governors of St Patrick’s Grammar for taking this important step which will benefit all the young people of Armagh.

“The time has long passed for grammar schools to begin the process of ending selection by academic means. The weight of evidence and opinion is now gathering pace firmly against the practice. I hope that yet more grammar schools will show the bravery and fortitude to consider how they might make the change themselves.”

The Minister continued: “In considering these proposals it was clear from the evidence that, although it has provided an excellent education to children from the local community for generations, St Brigid’s is not sustainable. In recent years the school has suffered from declining enrolments, with only 190 children enrolled in 2013/14.

“The proposal to close St Brigid’s was put forward together with a recommendation to increase the capacity at St Patrick’s. Having examined both proposals I am satisfied that this course of action is in the best educational interest of the pupils, both now and into the future.”

The Minister added: “I am sure that all those involved, including parents and school staff, will work hard to ensure a smooth transition and I wish them all the best in the future. I would also like to pay tribute to everyone connected with St Brigid’s High School who over many years have shown their commitment and dedication to the school and its pupils.”