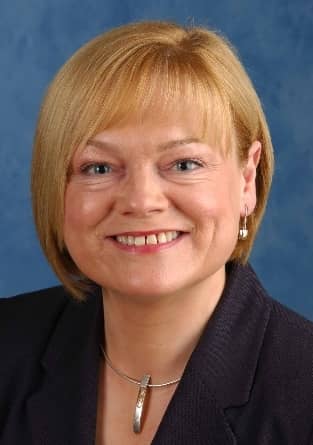 Mairead McAlinden – chief executive of the Armagh-based Southern Health and Social Services Trust – has announced that she is to leave her post after five years in the role.

Ms McAlinden, who has worked in the health and social care sector for a quarter of a century, is to take up a position as the chief executive of the South Devon Healthcare NHS Foundation Trust.

He said: “Mairead has worked in health and social care for over 25 years and has extensive experience across primary, community and hospital care, commissioning and service delivery.

“I pay tribute to her outstanding years of sterling service, including five years as chief executive, when she has provided strong leadership during a period of significant change and financial pressure.”

The Minister added: “Earlier this year, Craigavon and Daisy Hill hospitals received a Top 40 Hospital award for the third year running, showing that, despite significant financial constraints, our hospitals are amongst the best performing in the UK.

“As demand has increased year on year, Mairead has managed the Southern Trust within limited resources, continuing to improve services and embracing technology to find new and innovative ways to provide high quality care for patients.

“Mairead will bring with her to her new post a wealth of experience and ideas and I wish her every success for the future.”

Ms McAlinden was appointed as chief executive of the Southern Trust in October 2010 after holding the position of acting chief executive since September of the previous year.

She joined the Southern Trust at its inception in 2007 as deputy chief executive and director of performance and reform.

Her previous posts had included director of planning and performance in the Southern Health and Social Care Board, Regional Director for Integrated Care and Treatment Services with the Service Delivery Unit DHSSPS, and Chief Officer for the Armagh Primary Care Commissioning Pilot, one of five pilots in Northern Ireland which shaped the development of local commissioning arrangements.

Ms McAlinden was previously Deputy Chair of the Northern Ireland Confederation for Health and Social Care.