'It is believed the fire may have started off the main walkway along the Bloody Bridge path, possibly late on Thursday night (22nd April)' 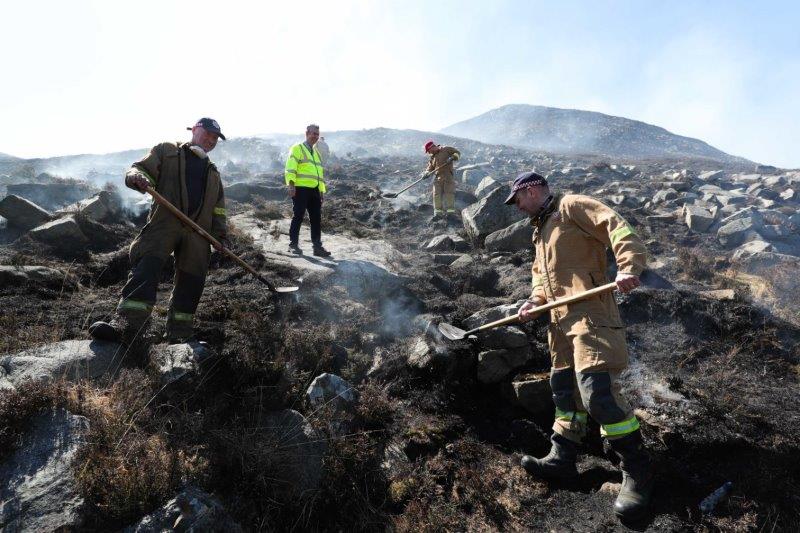 Detectives investigating the major gorse fire in the Mourne Mountains over the weekend are appealing for information.

“While the cause of the fire is under investigation, NIFRS believe the blaze may have been started deliberately, and we are now working to establish the circumstances.

“It is believed the fire may have started off the main walkway along the Bloody Bridge path, possibly late on Thursday night (22nd April).

“We want to hear from anyone who was in the area, and who may have information which could help our investigation, to get in touch with us.

“In particular, we want to hear from the owner/occupants of a black/dark coloured saloon-type car that is understood to have been present in the Bloody Bridge car park when NIFRS arrived just after 1am on Friday morning as they may have vital information which could assist us.

You can also submit a report online using our non-emergency reporting form via http://www.psni.police.uk/makeareport/ Alternatively, information can also be provided to the independent charity Crimestoppers on 0800 555 111 which is 100% anonymous and gives people the power to speak up and stop crime.